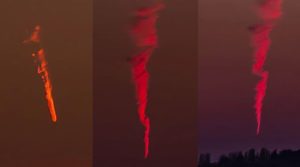 A huge burning object was seen spiraling across the sky in Cambridgeshire previous week, leaving the viewers puzzled.

Gerry Underwood, 55, noticed a strange flaming object about 8 pm on Wednesday outside his canal boat in Stretham, Cambs, reports thesun.co.uk.

“It wasn’t moving quickly at all. I’m pretty sure it wasn’t a meteorite, because they are gone in seconds. We have seen hundreds of shooting stars, but this definitely wasn’t that either. 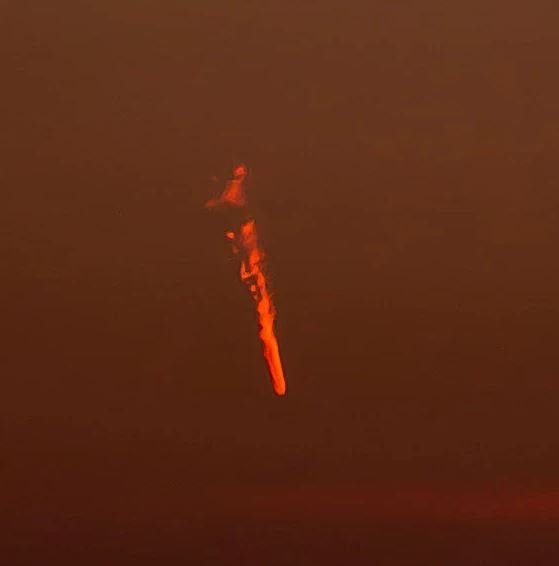 “This was coming down very slowly and spiralling. It started to glow orange, as you can see in the pictures.

“There were flames coming out of the back of it as well. It was really unusual.”

He estimated the object took up to 20 minutes to make its fall before disappearing behind trees.

“The sheer size of it is what’s got me. When you look at the pictures, they show the trees in the foreground and it’s way beyond that, it was very big,” he said.

What fell from the sky?