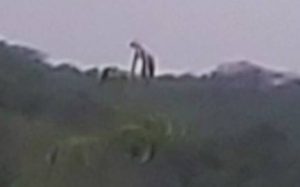 Citizens of a town in Mexico are on the verge of the discovery of a mysterious ‘giant’ that some believe may have been either a Bigfoot or an alien.

The significant event allegedly occurred last week on a communal piece of farmland near the town of Ciudad Valles.

An eyewitness to the strangeness, known only as ‘Mrs. Antonia said the sighting was about 5:30 in the afternoon.

“I was with my husband, playing with our child, when we heard a boom, like an explosion. Then we looked toward the hillside, from where we thought the sound originated. We thought it was a landslide,” said Mrs. Antonia, who could not believe what her eyes were seeing: a tall, thin man. “Like a giant.”

“The time was around 5:30 in the afternoon; I was very frightened. My husband mocked me, but when he saw that ‘thing’ he got scared and said we should get into the house, even though we were far away.”

The woman who claims having seen something strange – a large being, immense, looking like a giant. Antonia’s story matches the testimony given by other residents. 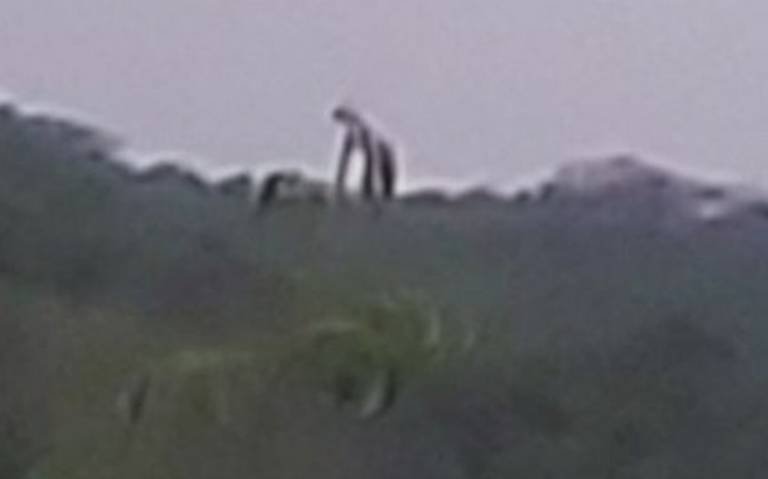 She was able to take a few photos of the beast, but it is difficult to discern precisely what is perched on the top of the hill.

“Since the mountains are far away, I had to zoom in to make the creature visible.”

The incident caused fear and confusion among the inhabitants of the indigenous Tének area, frightened by the prospect of a giant in the mountains.  In consideration of the amount of interest produced, an investigation into the matter has been requested.

According to the statement given by Agustín Hernández, a representative of the indigenous nation, there has been a lot of talk about the enormous figure on the heights of the mountain range.