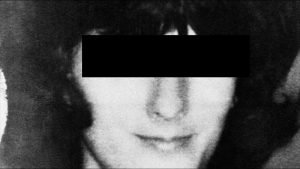 Even after several years, these strange occurrences defy explanation. Police officers puzzled over these mysterious cases for years, but the more they dived into them, the more difficult it was to understand what really happened there.

On September 7, 2015 at 2:28 am, American Karin McCabe, who lived in California, was awakened by a voice message that came to her mobile phone. Looking at the screen, she realized that its author was Henry McCabe – her 31-year-old husband.

When Karin played the message, she was horrified. There were screams and other unintelligible sounds like grinding or growling, and the last words were: “Stop it!” (Stop it!).

The night before, Henry went out to hang out with some friends at a bar. After staying there until late, he asked his friend, William, to drive him to the Holiday gas station, located 1.5 kilometers from Henry’s house. William offered to take him home, but he refused, saying he wanted to “walk”. When they said goodbye, it was around 02:00 on the clock.

It is still unknown who or what Henry met while walking through the park to his house, but after about half an hour he sent this message:

There are almost no words, basically the audio recording contains a mixture of grunts, screams and a terrible rattle. Then suddenly the message cuts off and a second later a voice that looks like McCabe clearly says two words “Stop it!”.

The search began only on September 9 and lasted 1 week, but Henry was never found. Two months later, on November 2, 2015, a kayaker discovered his body in a small river near New Brighton. This was about 9 kilometers from Henry McCabe’s intended route.

Forensic experts found no bruises or other wounds on the body that could indicate murder. Toxicological analysis also failed to determine the cause of death.

In the end, the police concluded that Henry McCabe simply drowned. However, friends who saw him the night before he disappeared said that Henry drank a little and could not have drowned by accident.

Some suspected that it was a suicide: McCabe had problems both with money and at work. Others agreed with the police and believed that there really was an accident here.

But there are more mystical hypotheses, such as alien abduction, a meeting with a mysterious monster, or more detective – the elimination of a witness. No one doubts one thing – before his death, Henry McCabe was definitely not alone. Who or what was next to him? How did Henry die? Why are there no marks on it?

Mysterious death in the chimney

Can you imagine a situation where an 18-year-old boy leaves the house, goes to a remote cabin in the forest, climbs onto the roof, climbs up the chimney head first and dies? It looks like some kind of nonsense…

Believe it or not, this is exactly what happened to Joshua Maddux in 2008. One day he left his parents’ house and just disappeared. There was no news of him for a long seven years, until Joshua was found in the chimney of a half-abandoned house, which the builders were going to dismantle.

The discovery provided an answer to the question of where he was all this time, but created a host of other questions, the main of which remained: Under what circumstances did he find himself in a chimney, dressed only in a shirt?

The thought immediately comes to mind that Joshua wanted to enter the house in the manner of Santa Claus, but not in order to deliver a gift, but for the purpose of profit. This scenario, oddly enough, looks plausible, since he would not be the first thief to get stuck in a pipe.

However, in Joshua’s case, it didn’t make any sense. Firstly, the house has been abandoned and uninhabited for more than 10 years, and you can enter it directly through the unlocked doors. Secondly, why climb into the chimney half-naked, and even head first?

Maddux was a rather thin guy and theoretically could climb through the chimney, but then a big problem turned out: furniture was stacked in the fireplace, which did not allow him to get out. Did he know about it?

How about a version with a clever assassination? This also seems unlikely, because no injuries were found on Joshua’s body: no bruises, no wounds, nothing strange at all. The results of the toxicological analysis were also negative. That is, most likely he did it of his own free will. Argued with someone or decided to excel in front of friends? In any case, it looks very strange.

The suicide version always seemed the most unlikely, since Maddux was a very cheerful guy and never had mental problems. He loved to play the guitar and sing songs, actively participated in social life and performed in theatrical performances. Therefore, it is hard to believe that he voluntarily undressed and decided to climb into the chimney, but that is exactly what it looks like.

If there is anything even stranger, it is the death of Richard Greene, the man who considered himself an expert on all things Sherlock Holmes.

As if this interest in mysteries, detective stories and unsolved crimes led him to his own inexplicable demise. After all, Richard was found in his own bed, surrounded by teddy bears with a string around his neck, to the end of which a wooden spoon was tied.

Theoretically, this could have been a murder, as the plush toys were laid out very neatly and looked like they had been laid down after Richard’s death. But why tie a spoon to the end of the string? Maybe this is a cunning improvisation made to obfuscate the traces?

The police could not make a final decision for a long time, but, in the end, indicated suicide as the cause of death.

Their conclusion was made on the basis of a forensic report, which confirmed that, although it is rather difficult, but with a certain skill, a man could commit suicide using a spoon as leverage.

Adding to the oddity of this case is Richard Green’s statement, made shortly before his death, that he is against the sale of some of Conan Doyle’s original works on Sherlock Holmes, which were kept in his personal collection.

This apparently annoyed someone, as a week before his death, Green said he feared for his life and someone from the Sherlock Holmes Club was going to “come after him.” But in spite of everything, he did not change his position in relation to the manuscripts.

As a result, Richard Greene, one of Sherlock Holmes’ biggest fans, was found dead surrounded by teddy bears. Another one of the mysteries that has not yet been solved.