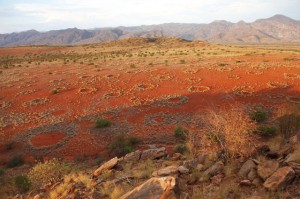 In the sandy desert grasslands of Namibia in south Africa, mysterious bare spots well known as “fairy circles” will form and then disappear years later for no reason anyone can determine. A new look at these strange patterns doesn’t solve the wistful mystery but at least reveals that the largest of the circles can linger for a lifetime.

When it rains substantially, a thick carpet of grass covers the sand. But this green down is punctuated by bare red soil circular patches, which appear as though drawn by a compass. And there’s not just one or two of them but thousands. These mysterious sand circles appear at around 60 to 120 kilometres inland from the coast from South Africa to Angola, at an altitude of between 500 and 1000 metres. To humans, they make no sense at all. To animals, they’re a source of succulent grass in an arid no man’s land between savannah and sand dunes.

Small fairy circles stick around an average of 24 years, while larger ones can exist as long as 75 years, according to research detailed today (June 27) in the journal PLoS ONE. 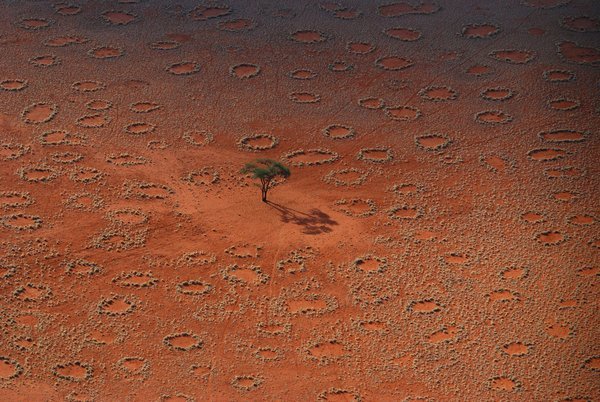 Walter Tschinkel may not have solved the mystery of the fairy circles, but he can tell you that they’re alive. Tens of thousands of the formations—bare patches of soil, 2 to 12 meters in diameter—freckle grasslands from southern Angola to northern South Africa, their perimeters often marked by a tall fringe of grass. Locals say they’re the footprints of the gods. Scientists have thrown their hands up in the air. But now Tschinkel, a biologist at Florida State University in Tallahassee, has discovered something no one else has.

Tschinkel grew interested in fairy circles during a 2005 safari to NamibRand Nature Reserve in southwest Namibia, in the Namib Desert. It was his first experience with the round clearings, tens of thousands of which expose the red sandy soil in the area. A short time after the circles form, a tall ring of grass grows around the border, highlighting the bare area.

By comparing satellite images from 2004 and 2008, Tschinkel found that circles are quite stable, popping up at nearly their full size, or at least growing quickly once they get started. Here, the circles are shown dotting the landscape of Jagkop, Namibia, after a rain. 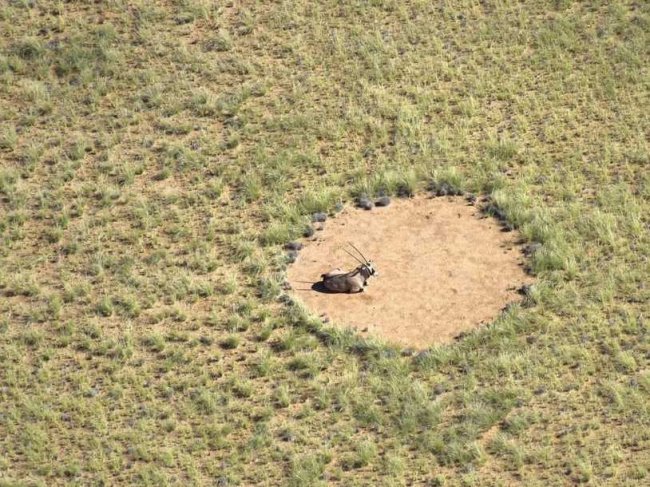 Few researchers have studied fairy circles, in part because of their remoteness, 111 miles (180 km) from the nearest village, and their work is usually based on opportunistic experiments done on quick trips, Tschinkel says. “There’s no program really focused on trying to figure this out.”

Over the past 10 years, the park has sold fairy circles to ecotourists for about $50 each. The buyers don’t actually get the land; they just adopt it—kind of like people who “purchase” stars. Each circle the reserve sells is marked with the date of sale, and new owners are given the latitude and longitude so they can check up on their purchase on Google Earth.

Did these shallow craters come from space? Are they the work of termites or are they caused by particular mineral compounds in the ground? They’re here in their hundreds of thousands and they’re called “Fairy Circles” – for want of a better name. And all we know is Namibia’s Fairy Circles are neither a fraud nor a joke, but they’re one of Africa’s most mysterious natural wonders.