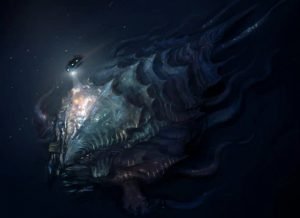 Leading specialist NOAA (National Oceanic and Atmospheric Administration) spoke about the possible existence of large unknown predators in the ocean.

According to him, such giants as megalodons can still live at great depths. If we consider that the theory of evolution is correct, then these giants would be able to adapt to life at great depths in conditions of strong pressure and the absence of light.

The problem of studying the fauna of the ocean is that all the dead inhabitants settle to the bottom, where people have extremely poor opportunities for studying.

In addition, another factor that greatly hinders research is the rapid decomposition and eating of the bodies of the dead by various creatures. Based on this, we can assume that at depths of more than 2000 meters, we have discovered only 1% of all possible biological species.

In 2003, a research apparatus was lowered to the bottom of the Mariana Trench. Already at a depth of 6000 meters, silhouettes of creatures whose size reached ten meters fell into the camera lens. However, it is impossible to say for sure whether they were sharks, fish, jellyfish or squids.

In the Mariana Trench itself, a strange thing happened then – the apparatus was subjected to a real attack. The steel side of the vessel turned out to be deformed, and the cable, capable of withstanding incredible loads, someone or something tried to cut or bite. 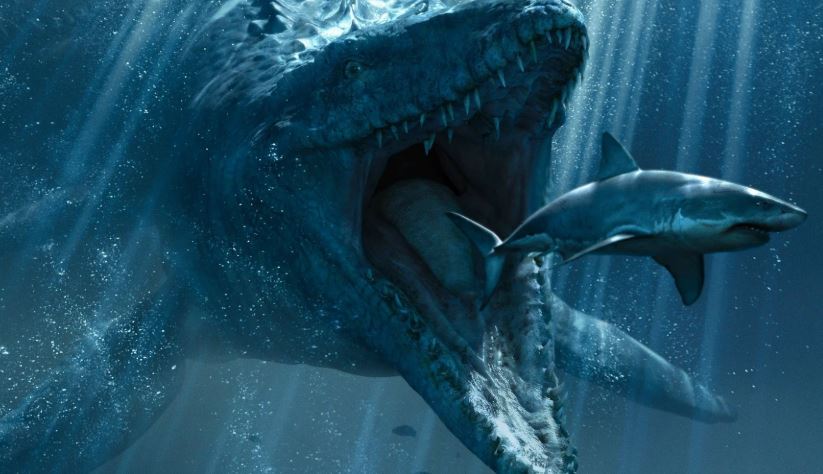 By 2018, the number of dives has already exceeded 20 times. True, most of them did not give sensational confirmation of what happened 15 years ago. Until an episode happened that remained a mystery. During the study of the bottom of the Mariana Trench, the apparatus recorded flashes. Scientists have deciphered them as the luminescence of deep-sea inhabitants.

For several hours, the device collected data on the fauna of the deepest point of the oceans. As soon as there was interference, the broadcast was interrupted.

The research probe managed to be raised and saved only thanks to incredible luck. Numerous scratches were found on its surface, and the video recording was lost due to severe damage to the equipment.

This set of circumstances is difficult to consider normal. Indeed, in order to disable an expensive apparatus with a reinforced body, it is not enough to be just a shark or a huge squid.

To interrupt the broadcast, a representative of the oceanic fauna had to break the skin of the apparatus, and then begin to interact with the instruments directly inside the research probe.

An audio recording of this dive has been preserved. Before the breakdown, the sensors recorded a growing rumble. It was very similar to mechanized, but it was not possible to establish the exact cause.

There are three versions of what happened. Two of them are held by NOAA employees.

First, the devices were attacked by a large unknown creature. Perhaps a megalodon or a similar representative of the fauna.

The second – the Mariana Trench, of course, is inhabited by various forms of life. They, living in extreme conditions, could acquire the most powerful shell flaps or claws that can damage the skin of even such a durable apparatus.

Conspiracy theorists believe that in this case there was a manifestation of intelligent beings. Probably representatives of an underwater civilization. Precise instrumentation damage and a growing mechanized rumble suggest that this could not have been a chaotic attack by a large squid.

The depth of the Mariana Trench makes it one of the deadliest places on the planet. Forever covered in darkness, water temperature is below 0 degree Celsius. What makes it near impossible for life as we know it to exist is the extreme water pressure. 8 tonnes per square inch increases with depth.

Despite its immense distance from everywhere else, life seems to be abundant in the Trench.