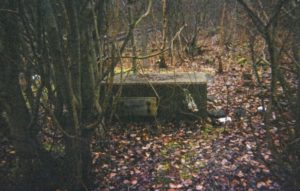 In the early part of the 1740s, Thomas Griffis bought a plot of land that would later be considered the first lot in Dudleytown.

In northwestern Connecticut are the remains of a small township that was given the name of Dudleytown. The homes of this once thriving village that was nestled in the surrounding mountains are long gone, but it would seem that the spirits of those who once dwelt here still remain.

There are many tales of ghosts, mysterious happenings, demonic beasts, horrible curses and a dark and violent history that starts with the very founding of America itself.

Today, all that is left of Dudleytown are the sad remains of some stone foundations and the holes that once were used as cellars to store root vegetables and other foods during the winter months. The roads that were at one time well-traveled are now no more than narrow footpaths where only hikers, and the devoted ghost hunter, will bother to traverse.

The land today has changed very little and looks very much as it did when Griffis settled there. It is a thickly forested landscape and rocks lie strewn on the ground where Dudleytown once stood. The land lies covered in shadow from the mountains and receives little sunlight. The woods have been given the name of “Dark Entry Forest”. 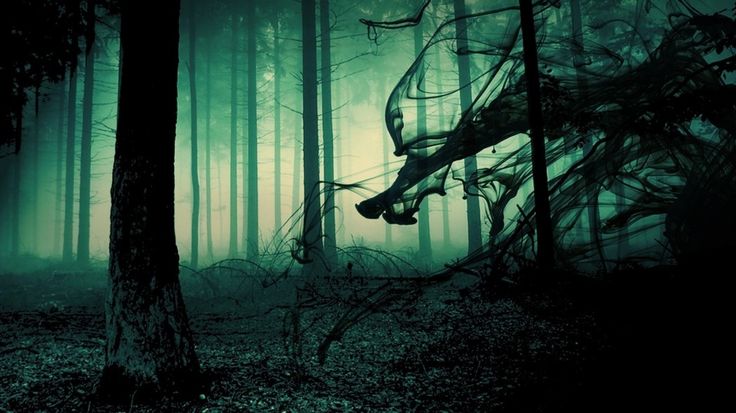 In the beginning, the land where Dudleytown would later sit was owned by a man named Thomas Griffis. He and his family were the first to settle in that particular region in the early 1740s. A village began to spring up a few years later in 1747 when Gideon Dudley arrived on the scene and it was through him the small village became known as Dudleytown.

Gideon’s two brothers soon followed him to the area and settled there as well. It was the Dudley’s who were said to be responsible for a curse that was laid upon the village and it is this supposed curse that many say is responsible for the horrors that roam the area to this day.

According to both recent and older accounts, this curse had its start in England in the year 1510. Edmund Dudley, one of the patriarchs of the family, was sentenced to death and beheaded for being part of a plot to overthrow King Henry VIII. It is said that a curse was placed on the family due to this treasonous behaviour.

John Dudley, who was Edmund’s son, made his own attempt to get control of the British throne by having his son, Guilford, marry Lady Jane Grey who was next in line for the crown. Lady Jane was queen for a short time upon the death of Edward VI, but the plan quickly failed and Lady Jane and Edmund and Guilford Dudley were all executed.

Soon afterwards, Guilford’s brother returned from France after a stint in the military. He brought with him a vicious plague that spread to his officers and troops. The sickness eventually spread throughout the country, killing thousands of people.

John Dudley’s third son, Robert, who was also the Earl of Leicester, decided to leave England and travel to the New World. It would be Robert’s descendant William, who would later settle in Guilford, Connecticut. Abiel, Barzallai and Gideon, William’s descendants, would later buy the land that became Dudleytown.

The village rested in the middle of three large hills, which is why it looked dark even at noon. Settlers began to trickle into the area. The Tanner, the Jones, the Patterson, the Dibble and the Porter families all settled in Dudleytown. 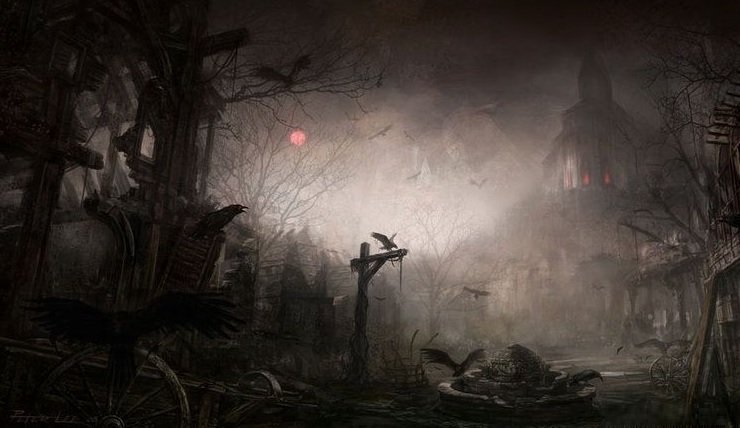 Iron ore was discovered and the little village prospered for a while. Even so, goods such as food, cloth, tools, etc. had to be purchased from towns down the mountain because Dudleytown never had any stores, schools, churches nor even a cemetery. Dudleytown was also known for its timber, which was used to make wood coal for the Litchfield County Iron Furnaces in Cornwall and other towns.

In spite of the obvious prosperity though, there were strange deaths and bizarre occurrences at Dudleytown from the very beginning. There was an unusually high number of people who went insane and quite a few people who simply vanished and were never seen or heard from again.

Abiel Dudley lost his entire fortune and eventually his mind. Abiel was made a ward of the town, and in his final years he wandered around aimlessly, mumbling incoherently about “strange creatures in the woods” and unable to care for himself.

Abiel died in 1799 at the ripe old age of 90, which was unusual in itself during this time period when people were lucky to live into their 30s or 40s. William Tanner, one of Abiel’s closest neighbors, was also said to have gone insane.

Oddly enough, Tanner lived to the age of 104 and according to records, Tanner also would talk of “strange creatures” that came out of the woods at night. Whether or not these creatures were supernatural or the product of a senile mind is impossible to say.

The records that are still in existence from the Dudleytown tell of strange illnesses, disappearances, numerous cases of people going insane, reports of strange creatures roaming the area at night, although it seems that most of the reports were from those folks who had been declared insane.

After the Civil War, Dudleytown began to die and most of the remaining families simply packed up and moved away. The small village soon became the haunt of birds, small animals, and began to be reclaimed by the forest.

During the final days of Dudleytown one rather strange and mysterious event came to light, and no matter how hard the skeptics try to disregard and debunk this odd occurrence in Dudleytown, even they can not give a reasonable explanation for the event.

In 1901, when the population of Dudleytown had dwindled to nearly nothing, one of the last residents of the town, John Patrick Brophy, suffered a slew of misfortunes. His first wife died when she was struck down by a sudden illness and then his two children vanished into the forest right after his wife’s funeral. The children were never found.

Shortly after the disappearance of his children, Brophy’s house was burned to the ground in a mysterious fire and not long after, Brophy himself disappeared and was never seen again. Shortly after these string of bizarre occurrences, Dudleytown officially ceased to be, and began to be reclaimed by the land.

Tales of spooky lights, misty apparitions, and strange incidences began to surface in the 1940’s when visitors to the old ruins reported seeing these strange things. Today, those folks who have made the long trek to visit the place show photographs of spooky mists that seem to show creepy faces peering out at the observer, and say they get feelings of terror, see mysterious lights, sights and hear creepy sounds.

Many folks report that they have experienced being touched, pushed and scratched by unseen hands. Many say that this area was once the land belonging to the Mohawk tribe and they left it when the ground became “soured”, or cursed.

Whatever the reasons for the strange and spooky occurrences in the area once known as Dudleytown, one thing is for certain, this remote part of Connecticut will remain a favorite place for thrill seekers and ghost hunters for many years to come.