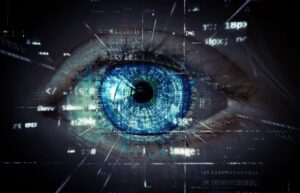 Why do some people report seeing their life flashing before their eyes during a near-death experience?

At the age of 16, when Tony Kofi was an apprentice builder living in Nottingham, he fell from the third storey of a building. Time seemed to slow down massively, and he saw a complex series of images flash before his eyes.

As he described it, “In my mind’s eye I saw many, many things: children that I hadn’t even had yet, friends that I had never seen but are now my friends. The thing that really stuck in my mind was playing an instrument”. Then Tony landed on his head and lost consciousness.

When he came to at the hospital, he felt like a different person and didn’t want to return to his previous life. Over the following weeks, the images kept flashing back into his mind. He felt that he was “being shown something” and that the images represented his future.

Later, Tony saw a picture of a saxophone and recognised it as the instrument he’d seen himself playing. He used his compensation money from the accident to buy one. Now, Tony Kofi is one of the UK’s most successful jazz musicians, having won the BBC Jazz awards twice, in 2005 and 2008.

Though Tony’s belief that he saw into his future is uncommon, it’s by no means uncommon for people to report witnessing multiple scenes from their past during split-second emergency situations. After all, this is where the phrase “my life flashed before my eyes” comes from.

But what explains this phenomenon? Psychologists have proposed a number of explanations, but I’d argue the key to understanding Tony’s experience lies in a different interpretation of time itself. 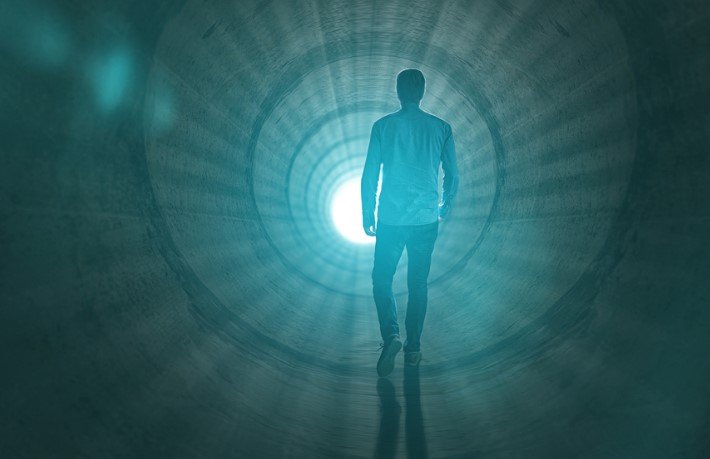 When life flashes before our eyes

The experience of life flashing before one’s eyes has been reported for well over a century. In 1892, a Swiss geologist named Albert Heim fell from a precipice while mountain climbing. In his account of the fall, he wrote is was “as if on a distant stage, my whole past life [was] playing itself out in numerous scenes”.

More recently, in July 2005, a young woman called Gill Hicks was sitting near one of the bombs that exploded on the London Underground.

In the minutes after the accident, she hovered on the brink of death where, as she describes it: “my life was flashing before my eyes, flickering through every scene, every happy and sad moment, everything I have ever done, said, experienced”.

In some cases, people don’t see a review of their whole lives, but a series of past experiences and events that have special significance to them.

Perhaps surprisingly, given how common it is, the “life review experience” has been studied very little. A handful of theories have been put forward, but they’re understandably tentative and rather vague.

For example, a group of Israeli researchers suggested in 2017 that our life events may exist as a continuum in our minds, and may come to the forefront in extreme conditions of psychological and physiological stress.

Another theory is that, when we’re close to death, our memories suddenly “unload” themselves, like the contents of a skip being dumped. This could be related to “cortical disinhibition” – a breaking down of the normal regulatory processes of the brain – in highly stressful or dangerous situations, causing a “cascade” of mental impressions.

But the life review is usually reported as a serene and ordered experience, completely unlike the kind of chaotic cascade of experiences associated with cortical disinhibition. And none of these theories explain how it’s possible for such a vast amount of information – in many cases, all the events of a person’s life – to manifest themselves in a period of a few seconds, and often far less. 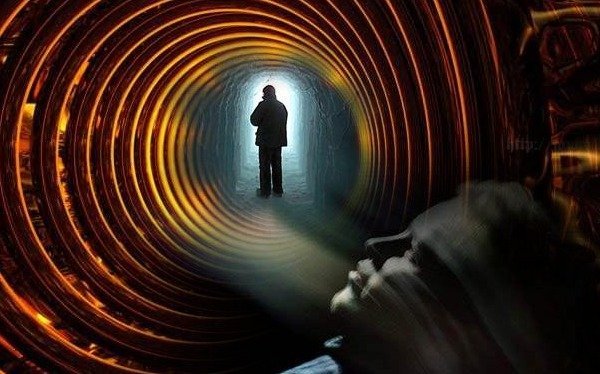 An alternative explanation is to think of time in a “spatial” sense. Our commonsense view of time is as an arrow that moves from the past through the present towards the future, in which we only have direct access to the present. But modern physics has cast doubt on this simple linear view of time.

Indeed, since Einstein’s theory of relativity, some physicists have adopted a “spatial” view of time. They argue we live in a static “block universe” in which time is spread out in a kind of panorama where the past, the present and the future co-exist simultaneously.

The modern physicist Carlo Rovelli – author of the best-selling The Order of Time – also holds the view that linear time doesn’t exist as a universal fact. This idea reflects the view of the philosopher Immanuel Kant, who argued that time is not an objectively real phenomenon, but a construct of the human mind.

This could explain why some people are able to review the events of their whole lives in an instant. A good deal of previous research – including my own – has suggested that our normal perception of time is simply a product of our normal state of consciousness.

In many altered states of consciousness, time slows down so dramatically that seconds seem to stretch out into minutes. This is a common feature of emergency situations, as well as states of deep meditation, experiences on psychedelic drugs and when athletes are “in the zone”.

The limits of understanding

But what about Tony Kofi’s apparent visions of his future? Did he really glimpse scenes from his future life? Did he see himself playing the saxophone because somehow his future as a musician was already established?

There are obviously some mundane interpretations of Tony’s experience. Perhaps, for instance, he became a saxophone player simply because he saw himself playing it in his vision. But I don’t think it’s impossible that Tony did glimpse future events.

If time really does exist in a spatial sense – and if it’s true that time is a construct of the human mind – then perhaps in some way future events may already be present, just as past events are still present.

Admittedly, this is very difficult to make sense of. But why should everything make sense to us? As I have suggested in a recent book, there must be some aspects of reality that are beyond our comprehension. After all, we’re just animals, with a limited awareness of reality. And perhaps more than any other phenomenon, this is especially true of time.