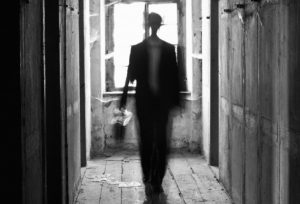 First let me start by saying that, as a child, I experienced a few odd occurrences in a house that my mother, sister, and I lived in but nothing like what I am about to write today.

History: My daughter, who is five years old now, lives with her paternal grandmother. When she started living there she lived in a three bedroom house with her grandmother, great-grandmother and her great uncle.

Her great uncle said he would move out and move back to Chicago, her grandmother (who has a bad temper, and says things in the heat of the moment then thinks about it later and feel bad) said she would by his ticket. In the middle of the arguement, the great-grandmother had a massive heart attack and died. Everyone was shocked. It was sudden death.

The grandmother (whom I will call G.M. from now on) and her sister, went to the hospital with their mother while the uncle stayed at home, supposedly to stay with Cheyenne (my daughter). Well, he sent Cheyenne over to his sister’s house with her cousin and he wouldn’t even let her give him a hug. Keep in mind that she loved him and he loved her dearly.

As they were leaving, the grown-up cousin turned around and looked at the house.

She saw her uncle looking out the window as if to have one last look at them. He then went into the G.M.’s room got the phone put it in front and then went back got the shotgun and locked her bedroom door, went into his bedroom and killed himself.

When G.M. and her sister got back to the house, G.M. rang the doorbell, she didn’t want to look for her keys, when the uncle didn’t answer the door she got her keys and went inside. Since the uncle never left the house except to yard work, it was odd to them.

They called his name but no one answered so they went to his door which was partially opened and saw him sitting in a chair and they saw blood everywhere. So for the second time that day they called 911 and an ambulance came to the house to pick up a dead body.

Personal Experience: G.M. was taking her mother and brother back to Chicago to bury them and I volunteered to stay in the house with Cheyenne so she could get used to being there without G.G.M and her uncle. That way when G.M. got back she wouldn’t have to deal with being there without and having Cheyenne ask where they were and when they would come back.

I got there on a Friday, and G.M. left. That night, weird things started happening, I was in the shower and I heard someone knocking on the wall in the hallway, I got out checked on my daughter to see if she had gotten up from bed, she was asleep.

So, I went back to the shower and got back in, I heard the knocking again, I got out and looked no one was there. Needless to say, I stayed out of the shower.

After a while I had to let the cat outside, the cat would only stay in the Uncle’s room so I had to open the uncle’s door to let the cat out. There was a spring latch high up on the door so I could lock it so Cheyenne couldn’t get in there.

I relatched the lock, and pushed on the door to make sure it was locked tight and that it would not come open. After I let the cat outside, I went to the garage through the house door that connects, and got my clothes out of the dryer, I then went into the living room and sat on the loveseat (which gave me a good view of the uncle’s door and the front hallway) to fold my clothes, out of the corner of my eye, I saw a shadow pass from the other hallway (where the uncle’s room, the bathroom and G.M.’s room were located) it looked as if it went either into the kitchen or into the front hallway towards Cheyenne’s room.

I got up to check on my daughter again, thinking she might have woken up and come out of her bedroom, she was still asleep. I looked at my watch, and realized that it was at this time every night that the uncle would come out of his room to give his mother her medication and give her some popcorn ( The great grandmother was a diabetic).

I then went back to the loveseat and happened to look up at the uncles’ door (which I had personally shut and checked to make sure it was locked) the door was standing wide open.

I went a shut it again, and locked it. By this time I was totally freaked out.

I thought to myself that because I knew what had happened there that it was just my overactive imagination going to work. But then I heard my daughter talking in her sleep, my daughter is like me, once she’s asleep she sleeps like a log, she does not move or make noise, I went in there to see if she needed anything, once I stepped into the room she shut-up. I went back out into the living room and then I heard this sound as if wind were blowing through the house, I looked out the sliding glass door into the back yard and there was no wind.

So, I talked to the uncle and to him to cut it out, that I was there to look out for the house and Cheyenne and that he was really starting to spook me. While I was talking, the wind sound was quiet, when I shut-up, it started again. Then Cheyenne, started talking again. I freaked out and called my then boyfriend, now my husband to come and get us.

He came and I put some clothes on and grabbed my daughter blankets and all and ran out of the house. Cheyenne kept saying that we had to go home because Uncle N was in the house and he was scared because he didn’t know what had happened to him. I told her that her uncle was in heaven with his mother and that he was not in the house. She insisted on going back. So we went back, my husband stayed with us for a week.

Only a few other things occurred while I was there. I had the house blessed the next day, and after that, I could feel a presence in the living room every now and then. He would pass by the couch that I was laying on and go to his mother’s bedroom door. Then he would come back by the couch and if I was watching TV he would stop at the other end for just a second like he used to just to see what I was watching. The day I cleaned his and his mother’s rooms for G.M. his TV.

turned on by itself (keep in mind that I had unplugged the thing so the cat wouldn’t mess with it). When I went into his mother’s room I felt really at peace, it was like she was there saying that everything would be okay for me. We had always been close and I loved her very much.

Well, that is the end of my personal experience. Maybe it was just my overactive imagination, but that would not explain how my daughter would sometimes tell me something her uncle had told her while she was sleeping.

Please do not contact me, as my husband does not know that I am writing this. He would be very angry. Thank you for allowing me to share this with you.

Harry Martindale and the Roman Ghosts of York