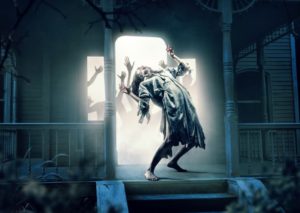 Many find the subject of possession one of the most intriguing aspects of the paranormal. Can a person actually be possessed, demonically or otherwise? Could this be a psychiatric disorder?

According to the Diagnostic and Statistical Manual of Mental Disorders (DSM), there is a disorder involving a spiritual or religious problem, which could lend credence that possession is a type of a psychiatric disorder. Could an alter in multiple personality disorder (MPD) be a demon or discarnate? The Wicklands, Bull, Pearce-Higgins, Peck and Allison believe this is possible. Fiore admits she is not sure.

Carl Wickland published his book, “Thirty Years Among the Dead” in 1924. He began to believe that spirits played a role in some psychiatric illnesses. He theorized that the discarnate did not know he was dead and was confused.

To facilitate the process of convincing the entity that he was dead, the discarnate was allowed to posses Anna. He invented a machine that provided a low voltage electric shock, a forerunner of the machines used to provide ECT therapy that caused discomfort to the spirit. The spirit, then, departed.

Wickland did not concern himself with trying to prove the identity of the spirits because he believed the information about itself would not be accurate due to the state of confusion. Some spoke in languages unknown to Carl and Anna.

Titus Bull, while a practicing psychiatry, neurology and general medicine became aware of the work of James Hyslop, a psychical researcher, dealing with obsession. He began to believe possessing spirits were not evil, but were confused. The spirit did not cause psychiatric disorders, but was a complicating factor in these.

Anglican John D. Pearce-Higgins, former canon residentiary and vice-provost of London’s Southwark Cathedral was one of the founders of the Church’s Fellowship for Psychical and Spiritual studies and chaired its Psychic Phenomena Committee. He believed that the possessing spirit was not a devil, demon or evil spirit, but was an earthbound who was possibility confused and was attached to a person or a place.

His non-demonic approach to earthbounds clashed with the interpretations of the Catholic, Anglican, Episcopal and other traditional churches. Pearce-Higgins believed in the doctrine of Fallen Angels. Demons were Fallen Angels and fallen humans. He believed they remained children of God and were capable of redemption.

Pearce-Higgins approach to depossession and releasement was kind, yet firm. He soothed the discarnate, treating like a frightened, confused child. He emphasized that before performing a depossession and forms of mental and physical illnesses have to be explored, then ruled out. He was knowledgeable in psychology and was extremely careful in ruling out psychiatric disorders as a factor.

Ralph Allison, the pioneer in works about MPD, believed that possession could be a factor in this disorder or a disorder in itself. He, from his experience, theorized there were five levels in spirit possession.

Grade I could also be labeled as OCD, obsessive-compulsive disorder. One of his patients had depression and an obsession to wash her hands. She developed a phobia to using public restrooms. 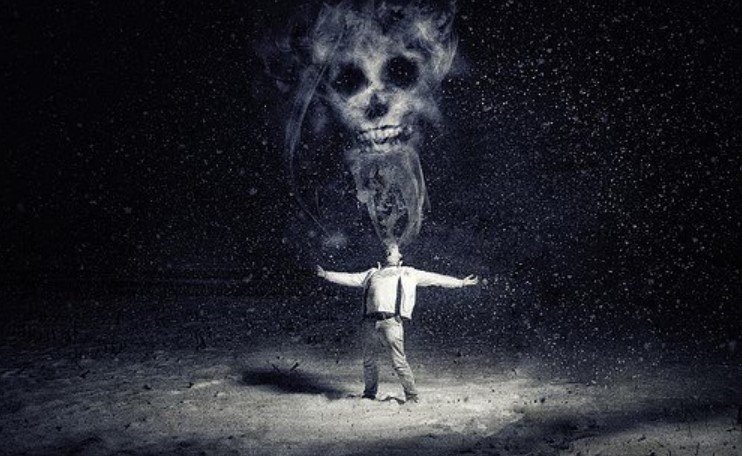 The treatment was one on one therapy and group therapy. In group therapy, the “exorcism” is initiated by the patient and supported by the group which leads to healing.

Grade II is MPD. The possession is caused by the developing of a negative alter. One of Allison’s patients created an imaginary fried when he was nine and hiding under his bed to escape one of his mother’s frequent and violent fits. This alter hated all females.

The patient raped and killed six women while the primary personality had a responsible job, lived with his girlfriend and was a good father. His core personality had no memory of the rapings and murders.

When he was placed in a deep hypnotic trance, the psychological roots of the alter’s creation was clearly shown. There was nothing paranormal about this. It was clearly and only psychological.

Grade III possession is when it is another living person seems to be controlling the victim. Witchcraft may be involved. One of Allison’s patients was depressed and weak.

The symptoms began when her nephew was killed in a car accident the night before his wedding. The patient did not believe in witchcraft. Her sister, the nephew’s mother, and the patient’s own mother were seen visiting a black witch. Other family members saw the two women perform black magic rites done to harm the patient.

Allison hypnotized the patient and a strange voice, identifying itself as the sister, spoke. She said she hated her sister and had caused the suffering and pain the patient had been feeling. Allison told the sister to return to her body. When the patient came out of the trance, she had no memory of what had happened, but no longer had the depression and weakness.

Grade IV possession is that of control of a spirit on a person’s mind. One of Allison’s patients had MPD. The women felt compelled to walk to the harbor, but she did not know why. She had no recall of what had transpired when she regained consciousness and control of her body.

While in a trance, a voice said she was the spirit of a women who had drowned while searching the boats in the harbor for her husband and children who had deserted her. Once the spirit of the woman left, the patient no longer desired to walk about the harbor.

The spirit had not completed what she felt she had to do, finding her family, when she died and denied the death of her physical body. This was not the first time the patient had been possessed by entities who claimed to be spirits, both good and evil.

Grade V possession is possession by an entity who either never had its own life history or who was evil in life as another person. It identifies itself as evil. Please refer to my articles, An Exorcism in Earling, Iowa, Part I and Earling Iowa Exorcism, Part II, for a case history of this type of possession. My article, Demonic Possession and Exorcism explains the stages of possession and exorcism.

Edith Fiore believes that earthbounds are confused. They do not realize the physical bodies are dead. Others are ashamed and have remorse about what they have done in life and do not want to see their loved ones’ spirits.

Some believe they will go to hell for misdeeds committed in life and refuse to go on. Some are so attached that they feel they must remain earthbound to help loved ones. Sometimes, it is the loved ones who hang one and will not allow the spirits to go on.

There are those spirits who hang about for malicious reasons. Some do this to continue to control their victims; others do this for revenge. This is extremely rare; however, there have been documented cases. 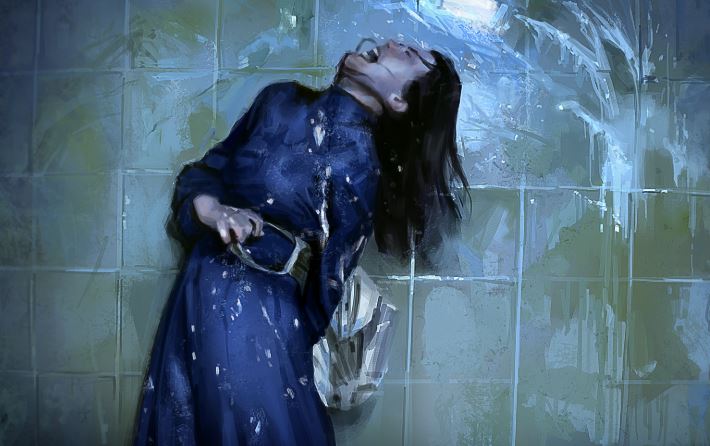 Fiore also theorizes, based on her experience with patients that the spirits of those who were addicted in life, such as alcoholics, drug, sex, nicotine and food addicts want to possess another’s body so they can re-experience the physical pleasures of their addictions. Possessing spirits are confused, frustrated and unhappy. Their influence on their hosts’ lives, without exception, is negative.

Some of the effects are physical, mental and emotional disorders, addiction and problems with weight, sex and relationships.

Many researchers believe it is possible to release earthbounds and to perform depossession. The process is similar in both. Treat the spirit as a frightened and confused child. Soothe it. Act with compassion and understanding and not with judgment.

If there are fears, dispel them. Ask for the help of the angels and spirits of loved ones to help in the transition. We have researched NDEs, near death experiences, and, many times when people have these, they see the spirits of departed loved ones, angels and other religious spirits. Then, gently urge the earthbound to go to the Light.

Bottom line, is possession a reality of its own? Is it a psychiatric disorder? Could it be the delusions of the human mind? Could it be telepathy that is operating? When more than one person is involved, is this a form of folie a deux, trois, quatre, etc, a delusion shared by two or more?

Logically, we think about argumentum absurdum and argumentum ignoratum. The former is an argument that something could be trued is absurd and silly, so ridicule the idea. Get others to laugh at the idea and, ridicule alternatives these people may choose and give them the only option that you have not derided.

The latter is when you believe something is false and that it can not be proven true or that it is true and cannot be proven false.

This is the case when the paranormal is explored. It can not be scientifically proven as fact. The scientific method cannot replicate the same results without variation. Scientifically, each time you combine two molecules of hydrogen and one of oxygen, the result is water. This does not exist in the realms of the paranormal, psychology or religion.

Then, there is argumentum ad nauseum which is when an idea is believed to be accepted the more frequently it is heard.