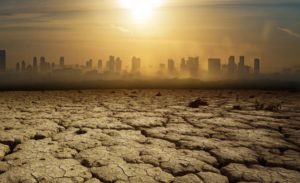 A team of scientists from the Georgia Institute of Technology warns that humanity may face a catastrophic shortage of oxygen. On Earth, it will become a million times less, reports newscientist.com.

According to scientists, about 2.45 billion years ago, the planet had already experienced a similar event.

Then in the Earth’s atmosphere oxygen almost completely disappeared, and later began to accumulate again. Such a drop in gas in the atmosphere led to the death of many species.

Currently, scientists note the growing activity of the Sun, the radiation of which leads to the splitting of carbon dioxide. As a result, this leads to the death of vegetation that produces oxygen.

The above phenomenon seriously worried researchers, since in the future the amount of oxygen in the Earth’s atmosphere may return to the level it was in antiquity.

“The drop in oxygen is very, very sharp. We are talking about the amount of oxygen, which is about a million times less than today,” said scientist Chris Reinhardt.

According to scientists, if this really happens, then all living organisms that depend on oxygen will die. Ultimately, the researchers believe, the Earth will be invaded by microbial organisms.