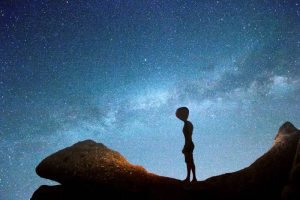 Scientists are sure that there are more than 30 alien civilizations on distant planets with which one could establish contact.

A group of researchers from the University of Nottingham (UK) conducted a corresponding study and concluded that 36 extraterrestrial civilizations can be contacted in our galaxy. The results of the study were published in The Astrophysical Journal.

The team of scientists, led by professor of astrophysics Christopher Conselice, came to this conclusion, believing that intelligent life is formed on other planets in much the same way as on Earth.

“Our research shows that the search for extraterrestrial intelligent civilizations not only reveals an understanding of how life is formed, but also gives us clues about how long our civilization will last,” said Conselice.

Professor Conselice continues: “Our new research suggests that searches for extraterrestrial intelligent civilizations not only reveals the existence of how life forms, but also gives us clues for how long our own civilization will last.

In their work, astrophysicists proceeded from the “Copernican principle”, based on a philosophical concept used in astronomy, which assumes that the Earth is not the only planet in the Universe on which there can be life.

In addition, scientists were based on the Drake equation, which takes into account seven factors necessary for the development of intelligent life on another planet, taking into account the star and the planet orbiting around it with favorable conditions for life.

Using mathematical modeling, scientists have determined that there may be about 36 technically advanced civilizations in the Milky Way.

The researchers also took into account in their work that it will take at least 5 billion years to form intelligent life on other planets, that is, almost the same as on Earth.

Therefore, astrophysicists are sure that in our galaxy there should be at least several dozen active intelligent civilizations.

In England, a 10ft mysterious humanoid dismembered deer on road