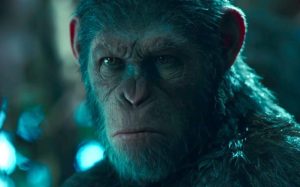 According to a report by Chinese scientists in the journal National Science Review, for the first time in the history of mankind, primates received human genes, which significantly increased their intellectual abilities.

The experiment immediately provoked a sea of criticism, since it was in some way contrary to ethical and moral principles. Interestingly, earlier Chinese scientists experimented on children: they introduced genes to them that give resistance to HIV and a more developed brain.

Experts themselves noted that the experiments are carried out within the framework of moral standards. Monkeys and we are completely different species, so nothing terrible can happen.

The primates got the MCPH1 gene, which is responsible for brain development. In total, 11 altered monkeys were born: 8 in one generation and 3 in another.

The study showed that the monkeys had a smaller brain compared to normal relatives, but at the same time short-term memory and reactions turned out to be better.

Thus, we can safely declare the success of the experiments: the human gene contributed to the mental development of primates.