Most of the religious mysteries have some connection, in one way or another, to miracles. They are incomprehensible, God-inspired phenomena. Sceptics claim that human being condition is such that we naturally want to believe in miracles, and the phenomenon has such an attraction that even atheists and pragmatists are sometimes overcome by these unusual happenings. So long as Man can remember, different religions and races have understood that some occurrences are instigated by a deity and beyond our comprehension.

In recent years the variety of phenomena has enhanced significantly. Some say it is due to a resurgence in spirituality teamed with a truly worldwide, 24-hour media. Other people believe it has had more to do with an encroaching millennium fever which induced expectations of a great happening as we crossed into the 21st century. For whatever reason, some of the present reports of miracles have been really amazing.

One of first miracles to be captured by the world’s media happened in April 1968. In the town of Zeitun in Egypt apparitions of the Virgin Mary started to mysteriously appear. These strange sights continued for more than 3 years and were viewed by over a million people firsthand. 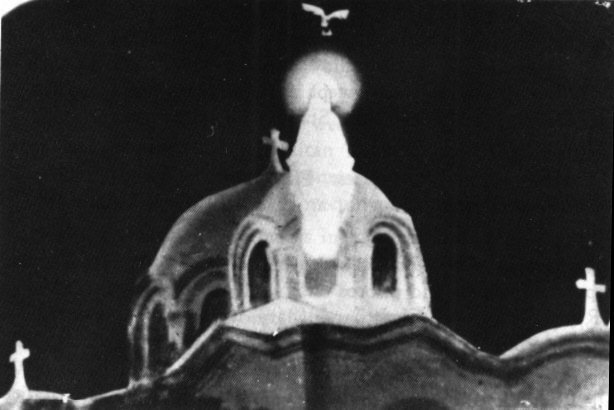 Countless more around the globe saw them after they were filmed by the Egyptian television and photographed by the world’s press. Even Egypt’s Marxist dictator, President Nasser, who had previously been an atheist by nature, visited the site and saw the apparitions face to face. To check the phenomenon was not a hoax or a prank, Egyptian law enforcement scoured a 95 mile radius around Zeitun. They searched for any suspicious equipment that may have been the source of the display, but found nothing.

This sort of phenomenon, the spontaneous apparition, became one of the most popular modern miracles. In December 1995 an image of Christ’s face was imprinted in a granite rock in Australia. Julian Webb, the wheat farmer on whose land the rock is found, said that one night he saw a beam of light focus on the solid stone slab. As he watched the illuminated granite, the face of Jesus slowly formed on the rock and remained there.

Webb doesn’t consider himself a religious man, nor is he a regular church-goer, but is convinced he witnessed a miracle. On Christmas Day that same year, people all around the city of Tehran in Iran reported seeing the image of Christ appear on fences and building wall surfaces. Even though the overwhelming majority of the population are Muslim, all the witnesses considered they had seen visions of Jesus.

These apparitions at the end of 1995 were merely an opening chapter to a huge range of visions reported around the globe the following year. An image of the Virgin Mary appeared on a roof of a San Francisco church, and visitors reported smelling an unsourced scent of rose petals.

Another church in South Australia had a picture of the Holy Mother manifest itself on an inside wall and a spring of water with healing properties was found underneath the building. The most impressive example occurred for three weeks around Christmas 1996, when almost half a million people saw the Virgin Mary on a black glass building in Florida. The image measured 50 feet wide and 35 feet tall, and remained inexplicable despite the fact that local scientists and academics studied the apparition at length.

It is not only established church-based religions that have been caught up in this recent tide of miracles – Native Americans have also been experiencing their own unusual holy events. To these people, the birth of white buffalo is a truly miraculous occurrence akin to some of the greatest Christian miracles.

Three different years in the last decade, 1993, 1994 and 1996, all saw the arrival of pale buffalo calves. Add to this the bizarre visions appearing before respected tribal leaders across the United States, and indigenous Americans were convinced of an end-of-millennium religious spectacle.

To a great extent, the importance of a miracle is dependent on a person’s reaction to it. Scientists and sceptics feel that truth and practical explanation is the only important factor. However, can there be any real crime in an event not instigated by human means which offers confirmation of beliefs and helps people to live peaceful lives?

The Mystery of Organ Transplants and Recalled Memories