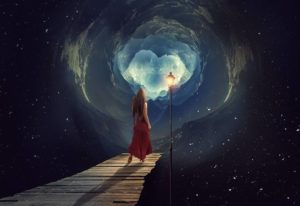 A group of MIT Scientists is developing a device to hack your dreams so that you can experience everything from flying to singing.

Although the team’s goal sounds like something out of “Inception,” the real-world application could be done with something that looks exactly like the famous Nintendo Power Glove.

The glove-like device is the first interactive interface for sleep, that is able to detect which sleeping state the person is in.

The project is being led by the MIT Dream Lab, which was launched in 2017. They are now working on an open-source wearable that they believe can not only monitor, but interact with dreams.

The team wants to build a system that would give the user control over the content of their dreams.

The goal of the device, nicknamed Dormio, is to encourage “hypnagogic microdreams” that occur in the semi-lucid state right after a subject has fallen asleep.

“When you go inside, you come out different in the morning. But we have not been asking questions about the experience of that transformation of information or the thoughts that guide it.”

“People don’t know that a third of their life is a third where they could change or structure or better themselves,” said Adam.

The researchers believe ‘if dreams could be controlled, sleep would offer an opportunity for prompting divergent thought in the absence of directed attention and cognitive control.’

This device in the future will help you do what you want in your dreams: you can become a superhero, a famous singer, you can learn something new in your dreams, and you will have thousands of other opportunities.