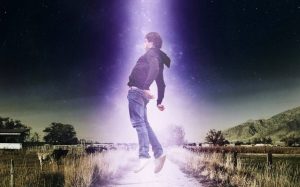 Pascagoula’s Mississippi city has put a marker next to the river where aliens abducted two men, reports Huffington Post.

The step aims to memorialize what is widely regarded as one of the most extraordinary cases of alien abduction in the world that took place on the evening of October 11, 1973, 45 years ago.

Calvin Parker Jr and Charles Hickson witnessed a weird oval-shaped object with blue lights coming down from the sky. It was said that the craft produced a strange noise of whizzing and eventually came to rest a few feet above the nearby terrain.

What happened next for the rest of their lives would terrify both men.

From the object emerged three strange creatures that were humanoid beings in shape and stood about 5 ft in height. They had no noticeable eye sockets, and for a mouth they had only a tiny slit. They had lobster-like claws instead of hands and seemed to move in an inhuman, robotic way.

The people indicated that they were paralyzed and “floated” on board the UFO where they were taken to a thorough physical examination.

The event seemed to end as suddenly as it had started as Hickson and Parker were back on the beach with no sign of the UFO and no indication that something had occurred.

Hickson retained that events occurred the way he described them until his death in 2011, and Parker continues to insist that all they saw and witnessed was true.

You can see a news report that offers interviews and a more detailed look at the situation below.