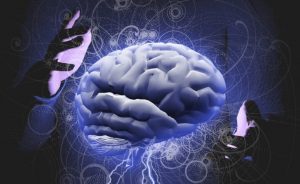 There is duality in everything. Much can be learned when looking at the topic of mind control from both the negative and the positive.

There are many secrets on this planet and the most guarded of all is the world of the occult and the paranormal. Information on the topic is scarce.

Once in a while, someone breaks the ranks and information about the hidden activities of the elites are leaked. To make the most of this information, we must not forget that we live in a world of duality. Answers are usually found in the questions asked.

The accounts of whistleblowers might be dark in nature, however, if we keep in mind that everything has two sides, then no matter how frightening the experiences, when analysed, it can give us a glimpse of what is at the other end of the spectrum.

Victims Speak of Mind Control Techniques As Trauma Based

The accounts of mind control victims such as Cathy O’Brien, who claims to be a former sex slave to US political figures, Arizona Wilder, self-proclaimed former Mother Goddess in the Illuminati blood rituals and Aaron Mccallum, a reputed third generation supersoldier in US military black projects, have revealed a basic procedure when attempting to program someone.

All three victims have stated that mind control is trauma based. The victim is subjected to torture in order to induce acute trauma to the point of near death. This causes the mind to split, creating multiple personalities.

Apparently, this is like a safety mechanism in the brain in order to be enable the person to keep experiencing the trauma. The new personality taking over has no recollection of the continuous torture the previous personality has endured and thus is able to endure even more.

When this was discovered, scientists quickly found military uses for this “phenomena”. These separate personalities are trained to be different from each other and are not aware of each other. One can be a ruthless killer while another can be programmed to be a gentle suburban dad, which provides a perfect cover for the killer side of the person.

The personalities are all compartmentalised in the brain. When they switch from one to the other, the mind control subjects have been found to experience “lost” time. If for example, personality A was called in January and not used until December, it will not have any recollection of what happened during the months in between.

Adopting the Theory of Personality Split to the Normal Individual

Theoretically, for the normal person, the same thing is probably occurring but to a much lesser extent. When someone experiences embarrassment or any of those small negative incidents, there is a tendency to switch off and try to forget the experience as quickly as possible.

Could this be the same thing as when a mind-controlled victim is subjected to trauma, but to a lesser extent? It can be argued that the person retains his memory in this case due to the multiple personalities being close enough to each other, in terms of character and interchange fast enough to provide a linear experience for all personalities.

Philosophy Is the Key to Enlightenment

When subjected to high trauma, the brain splits itself due to the negativity. The question is what happens when the brain no longer perceives negativity? In everyday life, generally the negativity is not that distressing. Though not easy, the negativity can be eliminated through a change in one’s beliefs and perspective.

As the mind control experiments have shown, the brain always brings in a new personality so as to relieve the pain. If all the different personalities hold a perspective where they do not perceive negativity then would the brain bring in all these personalities at the same time?

If it does, then would we have access to the 90 percent of the brain that is unconscious? Could this be the enlightenment so many have spoken of?

The State of Enlightenment Is About Being Present

If we have access to all the different part of the brain or personalities at the same time, then we are likely to feel very present. The lack of pain and negativity means that we would be in constant joy.

When we feel joy, there is a tendency to lose track of time and this tendency would be a continuous thing. Therefore the way we all do things would have to change by learning to perceive time differently. Also being very present would mean a higher sense of awareness of our environment and our interactions.

Of course, this is all very speculative. However, much of it seems to fit what psychics and channellers have been saying for a while now. One thing we can be certain of; as more and more information comes to light, the gap between our reality and what we understand as the paranormal will become smaller and smaller. This seems to be the trend every time something new is revealed.