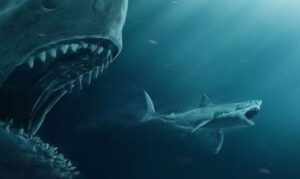 Megalodons have always been associated with terrible sea creatures that were not afraid of anything and were invincible. In fact, they turned out to be much larger than scientists previously thought, reports express.co.uk.

Carcharocles megalodons, according to experts, could reach a length of about 18 meters (60 feet). The size of the ancient shark was comparable to a modern three-story house. But a recent study by experts showed that these predatory creatures were much larger.

John Long, strategic professor in palaeontology at Flinders University, and Mikael Siversson, head of deparment, Earth and planetary sciences at Western Australian University, performed a thorough analysis of the Megalodon’s teeth and found that they were much larger than anticipated.

The maximum size of the ancient shark was 20 meters in length (66 feet). Of course, not all individuals were of this size, but nevertheless, real giants among megalodons did occur.

The duo wrote in The Conversation: “The maximum jaw size of meg can be calculated by scaling up the few known ‘associated dentitions’ (multiple tooth specimens that were found together and came from a single shark) with the widest meg tooth ever found.

“Once we did this, the size estimate we reached was between 19–20m.

“And this is much larger than most other recent estimates.”

Many believe that the ancient shark still exists and is hiding very deep under water, where no one can find them.