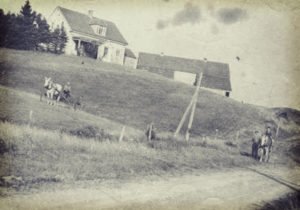 In January of 1922, farmer Alexander MacDonald, his wife Janet, and their adopted daughter Mary Ellen fled their home in Caledonia Mills, Nova Scotia after a rash of poltergeist activity, including more than 30 unexplained fires.

Though several researchers, journalists, detectives, and paranormal investigators would eventually examine the farm and house, the so-called “fire spook” was never fully explained.

The poltergeist activity that had plagued the household for almost an entire year included moving the cattle around when no one was in the barn, mixing ashes into the stored milk, and even braiding the tails of horses. Most notable, however, were the fires which earned the haunting its name.

The fires would spring up spontaneously all over the house and grounds, often far from the hearth or any other source of a spark. Everything from wallpaper to wet towels were said to burst into flame: it got so bad that the family organized a kind of “neighborhood watch” to guard against arsonists, though none were ever found. Eventually, the family fled the property for good.

Once the family moved out of the house, journalists and would-be paranormal investigators moved in. Even Sir Arthur Conan Doyle was invited to explore the phenomena. Some of the most notable accounts include those of Harold Whidden, a reporter from the Halifax Herald, and police detective Peachey Carroll, who spent two nights in the house.

During this time they both experienced several odd events, including the feeling of being slapped on the arm and face by phantom hands. Whidden was so troubled by his experiences that he never published them in his lifetime, though they have since been released by his family. 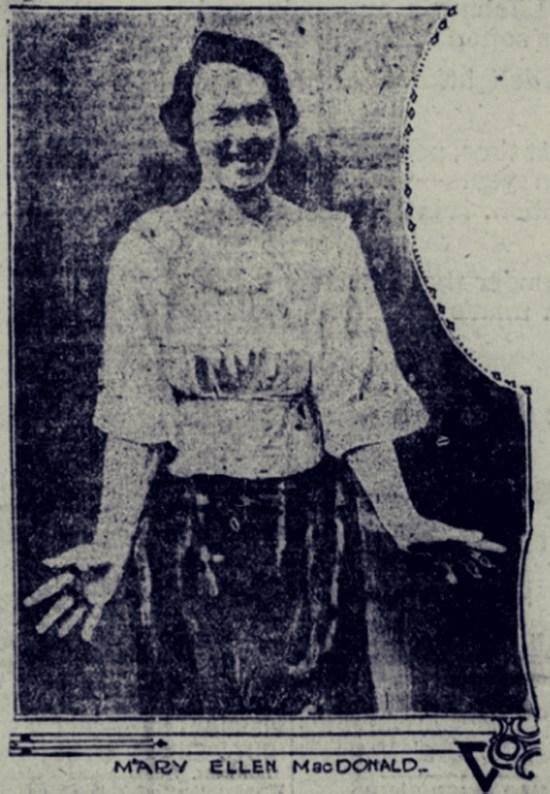 Another prominent investigator who visited the home for several days was Dr. Walker Franklin Prince, who concluded that the poltergeist activity emanated from the family’s then-15-year-old adopted daughter, Mary Ellen–this in spite of the fact that Dr. Prince, himself, experienced no unusual phenomena during his stay.

Members of the family were even brought back to the house during his investigation in an attempt to “trigger” the ghost. Dr. Prince did, however, report unexplained rapping noises in his office back in New York for several weeks after he had completed his investigation into the Caledonia Mills “Spook Farm.”

Unfortunately for Mary Ellen, Dr. Prince’s suggestion that she was the cause, albeit unknowingly, of the fires and other poltergeist activity stuck with her throughout her life. People began calling her Mary Ellen Spook, and, according to some accounts, she was even confined to an asylum for many years. Regardless of the cause, after she and her family moved away from the farm in Caledonia Mills, the phenomena ceased.

However, that wasn’t the end of the story of the Caledonia Mills Spook Farm. Over the years, several other explanations have been put forth as new detectives attempt to solve the mystery.

Edward J. O’Brien, a lecturer who stopped off at the nearby St. Francis Xavier University, posited that the fires might have been caused by radio waves passing through Caledonia Mills between the radio towers at Wellfleet, Massachusetts, and Glace Bay, Nova Scotia, though to modern science that theory sounds perhaps even more preposterous than “fire spooks.”

Arsonist or no, the Caledonia Mills legend persists. Even today, long after the farm and house have disappeared, people say that if you take home any item from the property, your house will burn down. According to one couple, who call themselves P.O.N.I. (Pair of Normal Investigators), “This has been tested by regular every day people and the buildings always catch fire.”