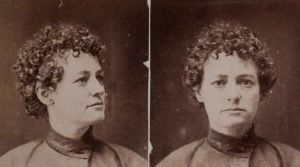 Martha Needle was born into an abusive family environment in 1863, near Morgan in South Australia, and had shown signs of mental instability from a young age despite being described as an attractive woman with a friendly disposition.

She ultimately became known as “The Black Widow of Richmond”, and certainly the beautiful but ruthless poisoner is one of Victoria’s top serial killers… the number of victims murdered by her stands at five and includes her three young children, first husband Henry and her future brother-in-law, Louis Juncken.

Louis’ brother Hermann, her fiancé was just three gulps of tea away from becoming her sixth victim, before detectives intervened.

Martha’s motives were never fully revealed, and though she did profit greatly from the hundreds of pounds in life insurance payouts, this was not the motive for the murders of her own family which was never determined. Several times she stated her innocence, but Thirty-year-old Martha was eventually hanged on October 22, 1894, one of four women to be executed at the Old Melbourne Gaol.

“The prisoner received the death sentence with extraordinary calmness. She walked out of the dock unassisted, with a firm step and unblanched face”, one newspaper reported.

At 17 she married Henry Needle at North Adelaide and in 1882 gave birth to a daughter Mabel followed by Elsie in 1883 and May in 1885. The family moved to the Melbourne suburb of Richmond in 1885. In a short time, three-year-old Mabel became seriously ill with painful stomach spasms, fever and vomiting.

On the 23rd of February 1885 little Mabel Needle died, Martha stated that she “just seemed to fade”. Martha later collected 100 pounds life insurance on Mabel’s death. Four years later Henry, who was insured for 200 pounds, died of a mysterious illness on October 4, 1889.

Within 12 months, Elsie and May also succumbed to illness, and again Martha was on the receiving end of substantial payouts. Doctors were baffled. Martha spent almost all the insurance money on an elaborate family grave which she visited regularly.

Louis Juncken, a friend from Adelaide, operated a saddlery business with his brother Otto at 137 Bridge Road, Richmond and in 1891 Martha sub-let the attached house and took in lodgers. Martha began an affair with Otto in 1893 but Louis and his other brother Herman disapproved and attempted to prevent their engagement.

The following year Louis became ill and died of suspected typhoid. In June 1894 Herman traveled to Melbourne from Adelaide to handle his late brother’s affairs, he ate a meal prepared by Martha and suddenly became ill. 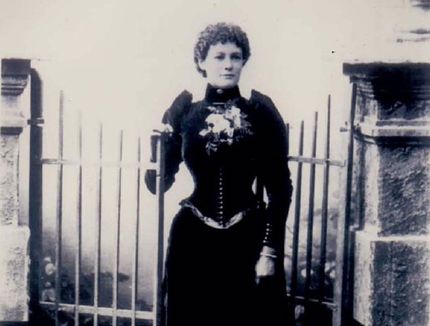 He recovered but became ill again the next day after eating breakfast. Two days later Herman had fully recovered but while eating lunch, prepared by Martha, he was seized by painful violent cramps. Doctor Boyd treated Herman for suspected poisoning and took a sample of Herman’s vomit and sent it to the Government laboratory for analysis. The analyst reported that the sample contained arsenic.

Doctor Boyd informed the police of his suspicions and a trap was set, the police asked Hermann to ask Martha to make lunch. After being served a cup of tea, Hermann literally “blew the whistle”, summoning detectives who arrived as Martha was struggling with Hermann to upset the tea cup, which was found to contain enough arsenic to kill five people.

Martha was charged with attempted murder. The body of Louis Juncken, interned in Lyndoch, South Australia was exhumed and samples sent to Melbourne. The bodies of Henry Needle and the three girls, interned in Kew, were also exhumed.

All five bodies were found to contain fatal levels of arsenic and Martha was charged with the murder of Louis Juncken. Pleading not guilty, the trial lasted three days, with Martha being found guilty and sentenced to death, though she pleaded her innocence.

Martha Needle was executed at 8.00am on 22 October 1894. Despite insisting her own innocence when asked for last words, Martha replied, “I have nothing to say.”

During the Great Depression, the Brighton City Council built bluestone walls to protect local beaches from erosion. The stones were taken from the outer walls of the Old Melbourne Gaol and included the headstones (initials and date of execution engraved on a stone at the head of the graves) of all those executed and buried on the grounds.

Although most were placed with the engravings facing inwards, Martha’s stone was faced outwards and the initials MN and date is still clearly visible in the Green Point wall.

Martha was the third of four women hanged at the Old Melbourne Gaol, where her death mask can be seen. The others were Elizabeth Scott (1863), Frances Knorr (1894) and Emma Williams (1895).
On 15 July 1920, Martha’s Nephew, Alexander Newland Lee, the son of Martha’s older sister Ellen, was hanged at Adelaide Gaol for the April 1 murder of his wife Muriel. Muriel had been poisoned with strychnine.