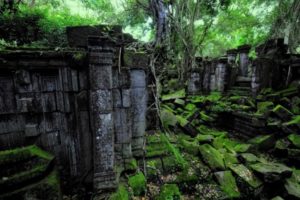 An important discovery for science and, possibly, for all mankind was made by archaeologists in the Amazon jungle. The research team, which included archaeologists from Columbia and the UK, stumbled upon a large number of ancient artifacts. The discovery was made last year, but has remained a closely guarded secret until now.

We are talking about mysterious rock carvings, which, according to preliminary estimates of scientists, are about 10 thousand years old. Researchers are currently specifying the age of the discovered artifacts.

Archaeologists have already nicknamed the find the “Sistine Chapel of Antiquity”, which contains many drawings, and, interestingly, no one has yet found such paintings.

The fact is that this region of South America was simply inaccessible to archaeologists. Some of these places don’t even have a name. According to scientists, ancient scripts appeared in the first period of the appearance of people in these places. Scientists have many questions about this find that have yet to be answered. Moreover, the research can take years.

According to archaeologists, the drawings of the ancient people of the Amazon may contain information important for science about the life of people, the level of their development and the technologies used.

Let’s hope that the information received will not disappear in the scientific archives and become open to everyone who is interested in the history of the development of human civilization.

10 thousand years is a huge life span, and it is not known what surprises await scientists who deciphered the ancient chronicles of the Amazonian rocks.