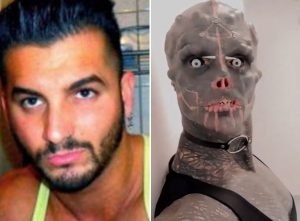 A man named Anthony Loffredo is truly obsessed with the dream of radically changing his appearance in order to “turn” into a “black alien”.

He has already cut his tongue, cut off his nose and ears, covered himself with tattoos and piercings, and recently decided to cut off two fingers from each hand to obtain three-fingered palms.

The 33-year-old Frenchman says he has achieved the desired transformation by only 34% and that he still has a lot of work to do. 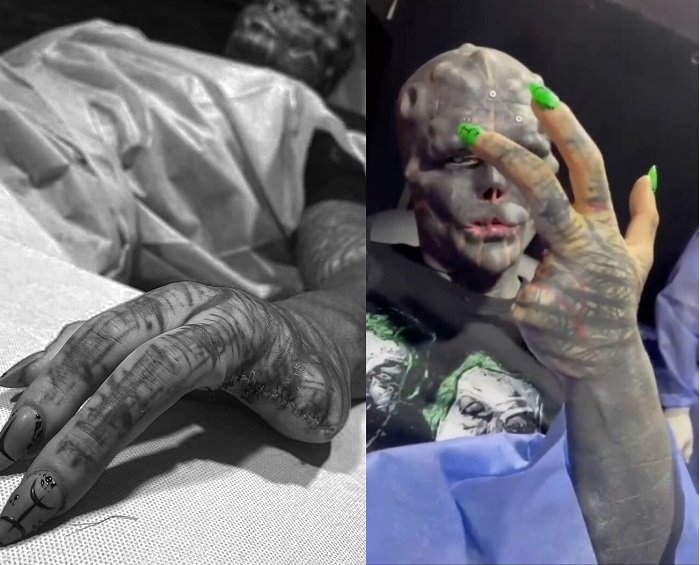 In early 2021, he removed his upper lip, and in general, he has been remaking his human body into an “alien” one for about 10 years. Loffredo is not afraid even of such dangerous operations as an eyeball tattoo. Previously, both ears were surgically removed.

In search of surgeons who would agree to such operations, Loffredo traveled to many countries. For example, he traveled to Spain last year to remove a nose, since in France such operations are prohibited without medical indications.

He also had multiple implants placed under his scalp that reshaped his skull and cheekbones. 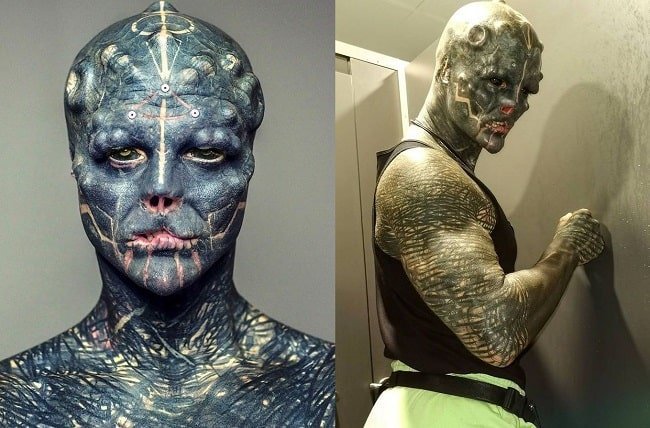 Loffredo maintains an Instagram account called the Black Alien Project, which has nearly 800,000 followers. His last photo with his fingers cut off was titled “I Find Peace of Mind.”

His questionable and too risky body modifications are often shared by his followers: some scold him while others praise him for his courage.

One person wrote, “It’s both disturbing and exciting at the same time. I don’t think I can do it, but I like you for living your dream.”

Another commented, “Congratulations on the progress of the project. It’s incredibly great.”

“This is a clear disrespect for those who, unfortunately, have lost their limbs and are looking for ways to function as the human body should,” wrote one critic. 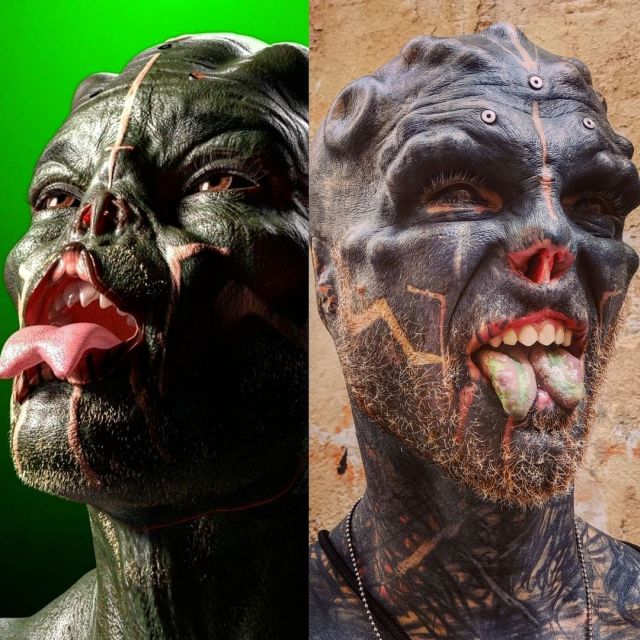 In 2017, Loffredo said in an interview with the French newspaper Midi Libre that he was fascinated by the mutation and transformation of the human body from a very young age.

“I had a” flashback” when I was working as a security guard. I realized that I was not living the way I wanted to. I left everything at 24 and went to Australia.

When I returned, I already had a clear plan for how “to sculpt” this out of myself and I started the main work.”

At the same time, Loffredo announced that he plans to become a “bodymoder” – a specialist in physical body modification, specializing in eye tattoos.