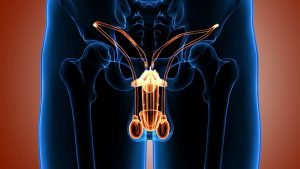 A very strange incident happened to a man named Kofi Atta, who dozed off in a chair, had a dream about how he was cutting a piece of meat, and waking up, saw that he was trying to cut off his own testicles, reports bbc.com.

Now the man is in the hospital with severe damage to the scrotum and is trying to raise money for medicine to save what is left.

47-year-old farmer from Ghana (West Africa) Kofi Atta was sitting in a chair in his house when he was tipped into sleep. He saw in a dream how he was cutting a juicy piece of meat, but when he woke up, he found that in reality he was holding a sharp knife in his hand and was trying to cut off his testicles.

Still in a strange, half-asleep state, Atta began to scream and call for help. When the neighbors ran to his house, they found him covered in blood and groaning in pain.

“I don’t remember how I took the knife, I’m completely confused,” says Atta.

He is still trying to figure out what happened to him and says that when he opened his eyes, he felt a sharp pain in his genitals.

Only when he was brought to the hospital, Kofi Atta finally woke up fully and realized the full scale of the tragedy.

The media does not indicate how damaged his testicles were, but it is reported that doctors assure that Atta will recover completely after the operation. True, the operation costs money, and now Atta is asking everyone to help him raise the necessary funds.

As for how a person can injure himself with a knife in a state of sleep or drowsiness, there are cases when people-somnambulists (walking in a dream) injured themselves, attacked other people and even killed them. However, there seemed to be no analogues about self-castration in a dream before this case.