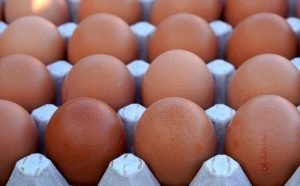 According to sources, when they had a disagreement, Subhash Yadav and his friend were at the Bibiganj market in Uttar Pradesh’s Jaunpur district, agreeing that the best way to resolve their disagreements was to challenge each other to eat 50 hard-boiled eggs.

This bizarre contest’s winner would receive a paltry $28.

Things had gone well until Yadav collapsed on the spot as he tried to eat his 42nd egg.

He was rushed for treatment to the Sanjay Gandhi Post Graduate Institute of Medical Sciences, but doctors were unable to save him despite their best efforts. It turned out that he had died of “complications due to overeating dozens of eggs.”

Something like this has not happened for the first time either – a 20-year-old Tunisian man named Dhaou Fatnassi died as part of a bet in 2012 while trying to eat 28 raw eggs.

It’s enough to say that eating a lot of eggs in one sitting is a bloody stupid thing to do.