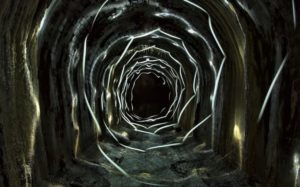 Something about caves attracts people near and far, not just the spelunkers. Many are considered haunted and Mammoth Cave isn’t any different.

Mammoth Cave National Park is an American national park in central Kentucky, encompassing portions of Mammoth Cave, the longest cave system known in the world. Since the 1972 unification of Mammoth Cave with the even-longer system under Flint Ridge to the north, the official name of the system has been the Mammoth–Flint Ridge Cave System.

With 330 miles of passageways on five levels, the ghosts have plenty of room to roam around and with over 150 reported sightings, they may need it. Of course, that doesn’t mean 150 ghosts have taken up resident in the caves, but there are at least three.

One popular spirit is that of a slave who gave up freedom to stay with the cave he loved so dear even after death. Stephen Bishop was born in 1820. Eighteen years later, he began exploring the cave.

That spring, his master, Franklin Gorin bought Mammoth and Stephen began giving regular tours. Back in those days, slaves were often recruited as guides, but Stephen was the one to go to, the best of the best. When he wasn’t guiding tours, he was exploring new areas of the cave and thus began the naming tradition which continues til this day. 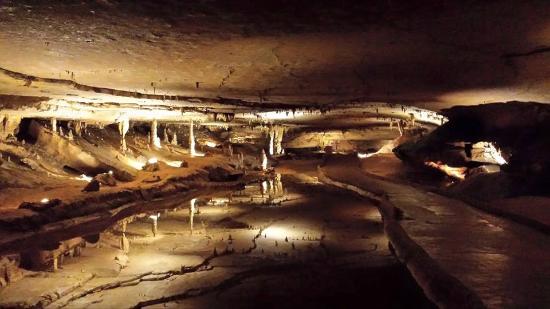 Stephen died in 1857 and buried in the Old Guides’ Cemetery south of the cave entrance. It is believed that he never left the cave he loved so dear. Sometimes, he joins a tour group, saying nothing but being seen nonetheless. Others, he is blowing out candles and torches or seen with an unknown woman and two children.

Another commonly sighted ghost is that of a woman named Melissa. The story of Melissa’s involvement with Mammoth comes solely from a letter written to the Knickerbocker in 1858. It’s one right out of high school. Well, sort of.

So, what was Melissa to do? The phrase “if I can’t have him, no one will” comes to mind right about now. She led him to a spot in Mammoth Cave called Purgatory where she left him to die. At the time when she wrote the letter, Melissa was dying of tuberculosis and felt the need to confess her sin to all of Knickerbocker’s readers.

Now, she is seen wandering Mammoth Cave in search of her lost love “Beverleigh” who, ironically, may be haunting it as well. It’s possible an unidentified ghost hanging around the “Chief City” area might actually be “Beverleigh”. Hopefully those two will never reunite because I don’t think he would be happy to see her.

The last stop on our ghost tour is that of a caver and adventurer named Floyd Collins. On January 18th, 1917, Floyd made a big discovery, a cave located several miles from Mammoth called Crystal Cave. He tried to make the smaller cave as popular as Mammoth, but sadly failed. 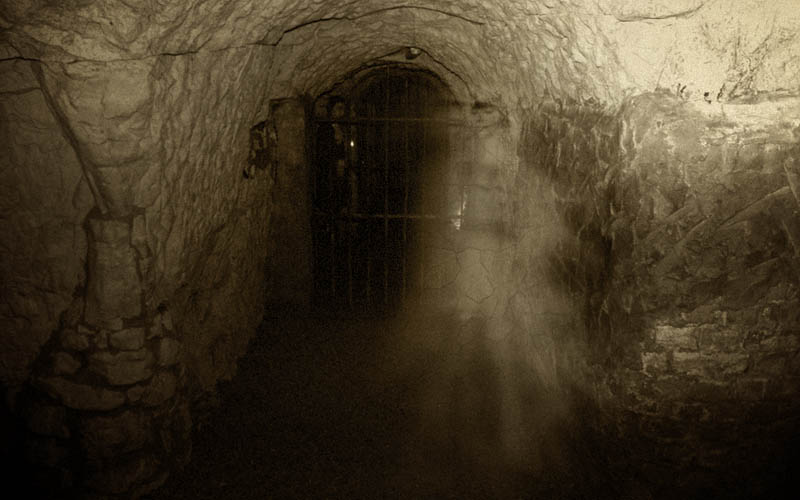 However, that didn’t stop him from searching for new caves. While exploring Sand Cave in January of 1925, a rock from the ceiling fell, pinning his left leg. The rescue attempt became national news. Floyd was even interviewed by reporter “Skeets” Miller, who later went on to win a Pulitzer. But he would never leave Sand Cave alive. A cave-in would take his life.

They later recovered his body. Floyd’s father, Lee gained possession of the cave after his son’s death and decided to capitalize on the frenzy surrounding it. Lee had Floyd’s body exhumed and placed into a glass-top coffin, displayed within Crystal Cave.

Jealous competitors stole his body, but it was recovered minus his left leg which was never found. It would remain in the caves for sixty years until being finally laid to rest in the Flint Ridge Cemetery in 1989.

People have reported seeing his ghost around Crystal Cave calling for his friend Johnny. They also say he throws whiskey bottles and steals tools from geologists exploring the cave.

Of course, these three are not the only ghosts haunting Mammoth Cave. Some people have reported seeing two disembodied legs wearing boots and overalls, a woman with a knife in her chest observing the highway outside of the cave, a females voice that seems to come out of no where, and a formally dressed man in a nineteenth-century cummerbund among others. If you’re looking for a haunted cave to explore, Mammoth might just be the place for you.