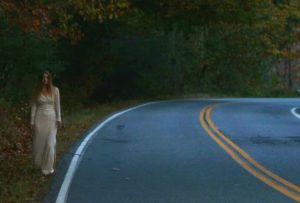 The ghost of a heartbroken young woman is widely believed to haunt this road about eight miles north of Burlington, Iowa, near the Mississippi River.

According to legend, in the 1800s, a young woman named Lucinda lived in a local farmhouse, and was secretly engaged.

However, her family disapproved of the relationship, having decided that he was not good enough for her, and that his reputation as a womaniser was sure to bring shame on their family, so they banned Lucinda from seeing the young man again.

Her love for her fiance was such that she decided to go against her parents warnings, and had made plans to meet her lover on the bluffs outside of town so that they could elope.

She waited anxiously for the day to arrive that she would finally be able to be free from the watchful eyes and judgment of her parents, and in the arms of her sweet love.

Lucinda waited all night for the young man to appear. As each hour ticked by, she grew more and more desperate. Finally, when the sun could no longer be spotted. Lucinda realized he was not coming. There would be no fairy tale.

Destroyed at the idea of having to return to the home she thought she had escaped, Lucinda instead found herself climbing to the top of Stony Hollow Cliff, crying all the way. 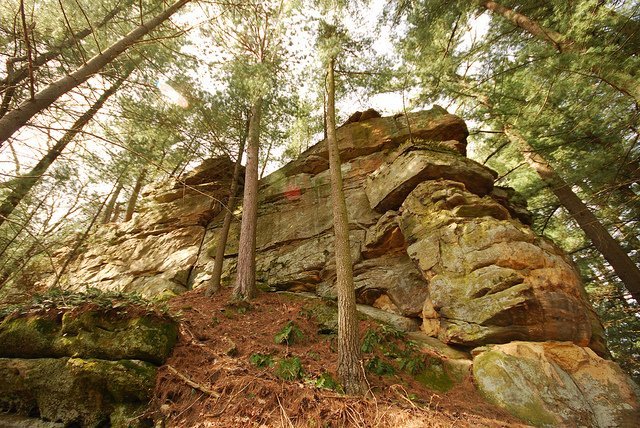 When she finally reached the top, she took a deep breath before plummeting to her death at the bottom of the cliff, never knowing what happened to her love or whether her love was even returned.

There are a few stories as to why he never showed, the most popular one being that his horse driven buggy became stuck in the mud, but another version is that she had heard rumours that her lover had planned to run away with another woman.

In both versions, Lucinda was so heartbroken that she threw herself off the cliff and onto the road below. Either way, motorists have reported seeing her ghost on Stony Hollow Road.

People have reportedly been driving down the road and witnessed Lucinda’s ghost covered in blood, while others have reported their cars malfunctioning near where she jumped to her death.

As if things weren’t already creepy enough, it gets worse. Apparently, if you go out to the cliff where Lucinda took her last breath and you say her name three times, she’ll appear right before your eyes.

If Lucinda leaves a rose at your feet, you’ll want to start crossing everything off of your bucket list as soon as possible because it reportedly means that you only have 24 hours to live. This is one ghost we have no interest in meeting.

Another part of the legend goes on to say that the old farmhouse that Lucinda had lived in remains abandoned to this day after she cursed it, and that although long abandoned, the furnishings inside remain untouched.