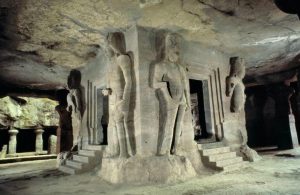 We think we know everything about the world but the reality is something else. The world is full of mystery and secrecy. There are still a lot of wonders present on the earth which are still a mystery. One such mystery place is Longyou Grottoes.

These grottoes, named for their location, are located in the Longyou County of the Quzhou city, in Zhejiang province, China.

The word grotto is generally used to denote a cave, either natural or manmade, that is associated with modern, or prehistoric use by humans. There are many examples of grottoes around the world but the Longyou Grottoes stand out due to their number, size and artistic execution.

These legendary grottoes are so famous because of some of the following facts related them:

– They are considered by many to be the ‘Ninth Wonder of the Ancient World’.
– These caves remained hidden for over 2000 years until discovered in 1992.
– 24 grottoes have been discovered and seven appear to be laid out in a shape that resembles the Big Dipper.
– All of the discovered caves are artificial, carved by hand.
– These hand-carved caves represent one of the largest excavations of ancient times.

According to the archaeological surveys, the excavation on whole, involves almost a million cubic meters of stone. Mysteriously archaeologists are unable to find any historical record or evidence related to this monumental work. 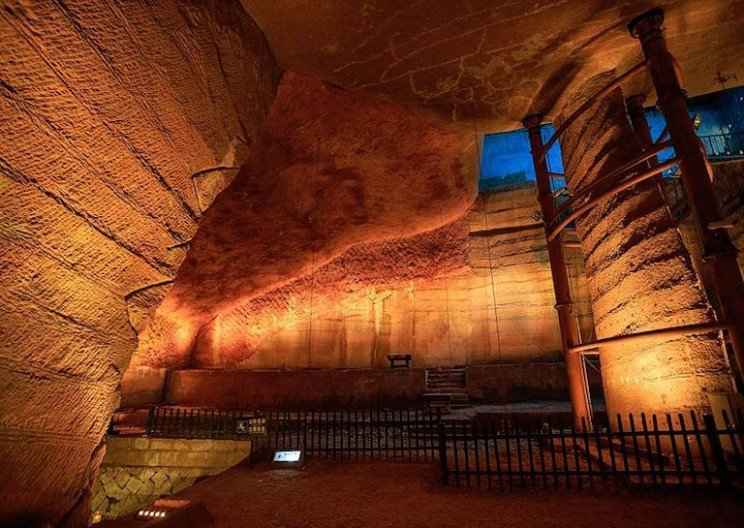 This is why their origin is still a mystery and all estimations of age are purely guest work. Most archeologists estimate an age of 2500 year but they may be much older.

The Longyou Grottoes were discovered by a local villager named Wu Anai, who was amazed by the shape of the ponds present in his locality which appeared rectangular in shape. These rectangular ponds were so deep that the villagers had given the name ‘bottomless ponds’ to them.

Though there were many of ponds in the Shinyabei most were irregular in shape. It was this is an unusual shape that grabbed the attention Wu Anai and forced him to question how natural ponds could be rectangular in shape.

So one day, he decided to pump out all the water from one of the ponds. After 17 days of pumping, he found that it was not a natural reservoir but large man-made grotto. The size amazed him.

The area of the floor of the structure he had exposed was around 2000 square meters and the heights of the adjoining walls were approximately 30 meters. The walls of the structure were obviously were manmade and had a relief pattern of groves.

Wu Anai pumped out water from four other ponds as well. As a result, he discovered a chain of well crafted man-made underground grottoes.

This discovery grabbed the attention of many archaeologists from numerous countries like Japan, the USA, Poland, Singapore and China itself. Archaeologists from all over the world wondered that how these caverns kept themselves secret for possibility 2500 years. The absent of any records by the Chinese people, normally meticulous record keepers, was the most troubling question. 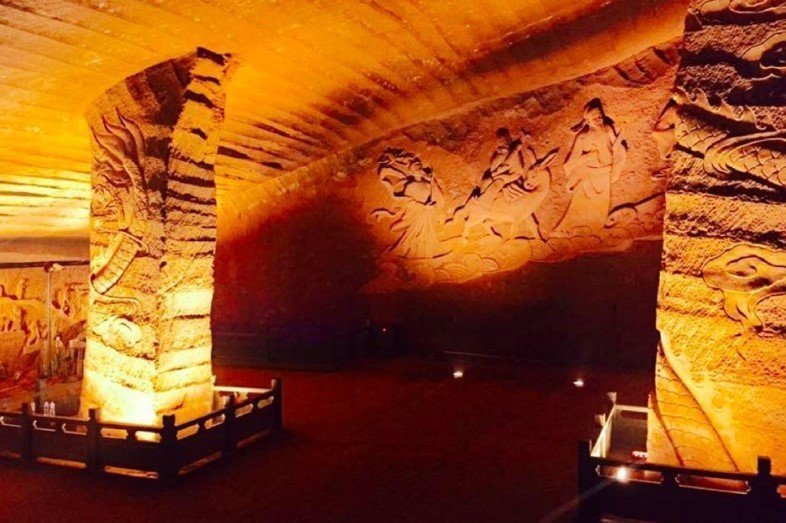 Since their discovery the Longyou Grottoes have been center of attraction for the explorers and the archaeologists from all around the world for many years. Each expedition led to the discovery of something new in the region. Following are some of the famous findings and mysteries of the Longyou Caves:

– These caverns cover an approximate area of 0.40 square kilometers. The related mystery is that how people, without the help of technology, would have created such a large series of underground caverns.

– Just around 24 grottoes have been discovered so far which are almost similar in shape and size. Mystery that amazes people is that how the people of that time would have managed to craft a number of caves with similar dimensions.

– According to the villagers, the ponds were teemed with easy to catch fish, but when the water from the ponds was pumped out, no fish were found. Now the question that strikes in the mind is that where did they vanish?

– Among all the Longyou Grottoes, the structure of seven of the caves somewhat matches with Big Dipper, a well-known group of seven stars. Now, the question that comes in mind is that was such structure made coincidentally or intentionally? If intentionally, then why?

– The carvings executed on the walls are simply ancient and show the figures of horse, fish and birds. According to the archaeologists, the design of birds crafted on the walls somewhere tells that these caves were designed in the reign of Dongyi dynasty as the birds were the totem of Dongyi people. If true this dates the grottoes to 2200 years ago?

Though there are lots of mysteries related to the Longyou Grottoes. For whom were these grottoes carved, for what reason, and what is the actual age of these marvels? These and many similar questions are waiting to be answered. Will these mysteries ever be solved? Or, will they remain in unanswered like numerous other mysteries of the world.

Road of the Giants Formed in DAYS, Not Thousands of Years