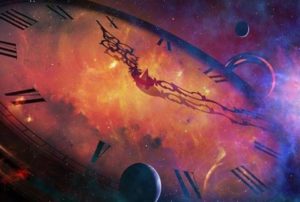 Researchers have found that there is a definite connection between dreams and time travel. Quantum physics explains both of these phenomena.

The fact is, the researchers believe that the brain is able to predict the plot of a dream in the framework of reverse causality.

The nature of human consciousness for science is a real mystery, for example, the “mechanism” that allows the brain to control dreams is still unclear. However, recent research has shown something interesting – there is a definite connection between time travel and dream control.

Both of these phenomena are united by quantum physics that scientists understand. Before a person begins to dream, his pulse quickens, and when dreams begin, his heart rate returns to normal.

This observation suggests that the brain knows about the future dream plot. During this phenomenon, quantum entanglement arises – the effect precedes the cause. Based on this, scientists conclude that the study of the mechanism of sleep will allow inventing a kind of “time machine”.

Scientists want to find a way to use the brain as a kind of time machine, that is, make it so that the brain can guess not only a future dream, but other events as well.

An interesting attempt, but will it succeed – time will tell.