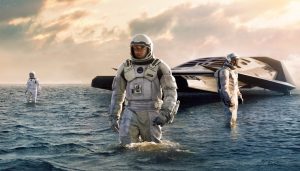 An international team of scientists led by Charles Cadieux of the University of Montreal announced the discovery of the exoplanet TOI-1452 b, which orbits one of the stars in a binary system located in the constellation Draco at a distance of about 100 light-years from Earth.

It is assumed that this planet is a super-Earth and is completely covered by the ocean. The discovery is reported in an article published in The Astronomical Journal.

The exoplanet was found using the TESS space telescope, which revealed a dip in the brightness of the star TOI-1452 every 11 days, which corresponds to the passage of a planet 70 percent larger than Earth in the background of the disk.

Astronomers have confirmed that the candidate object is indeed a super-Earth planet thanks to ground-based observations at the Mont Megantic Observatory (OMM).

The planet TOI-1452 has a radius and mass that indicates a much lower density (5.6 grams per cubic centimeter) than would be expected from a rocky super-Earth. Water could make up 30 percent of an exoplanet’s mass, while Earth’s oceans make up less than a percent of the planet’s mass.

This corresponds to the proportion of subglacial oceans on some moons in the solar system, such as Jupiter’s moons Ganymede and Callisto, or Saturn’s moons Titan and Enceladus.

The planet revolves around the parent star TOI-1452 in 11 days. The star itself is a red dwarf, much smaller than the Sun, and revolves around a companion of the same type at a relatively close distance of 97 astronomical units, which is 2.5 times the distance between the Sun and Pluto.

Woman reports the wall in her bathroom is bleeding