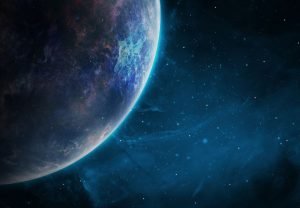 Astronomers are looking for planets in habitable zones near other stars because this is the best chance to find life like ours. Planets in this zone may have liquid water and therefore life. However, life itself can change the characteristics of the planet.

One of the defining characteristics of life on the planet is its ability to change the state of the environment. For example, the Earth was born with a lot of oxygen in the atmosphere, but it was unstable and we should have been deprived of it a long time ago. But photosynthesis in plants and algae replenishes the atmosphere with oxygen.

This also applies to other properties of the planet’s atmosphere, such as temperature and pressure. In essence, life on the planet is working to keep everything in balance and be as hospitable as possible.

The habitable zone is a defined area around a star where liquid water can exist on the planet’s surface. It should not be too close to the star so that all the water does not boil away, and not too far away so that it does not freeze.

In a new study, astronomers say that if life gains even the slightest foothold on a planet, it will immediately begin to change the nature of that planet’s atmosphere to make it more hospitable.

For example, a planet that is outside the traditional habitable zone still finds a way to give birth to life. Life will do everything possible to make the world a better place for itself, such as raising the temperature of the atmosphere or adding useful gases to the atmosphere.

Once life begins to develop, it can expand the boundaries of the Habitable Zone to regions that we consider unsuitable for life.

A new study shows how fragile the concept of the Habitable Zone can be, and planetary scientists must consider the possibility of life being present beyond a limited range of distances around other stars.

In Spain, the “face of God” was captured in the sky