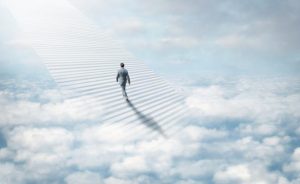 Skeptics frequently scoff at the notion of life after death. They tell us that we’re just hanging on to the antiquated concept because we’re too afraid to face our own mortality.

The proof positive by far is the numerous recordings of spirits. By recordings, I mean any kind of sound or image that has been recorded with various types of equipment. There are photos with all kinds of cameras— still and video, film and digital. There are analogue and digital sound recordings.

But how does that support the position that every single one of them is misinterpreted or faked? That’s like saying we can fake photos, therefore the moon landing must have never happened!

There are some recordings that simply cannot be explained any other way— images that resemble a person’s lost loved one; unexplained sounds that just happen to come after a direct question asked by the living, and happen to sound like a coherent answer. Chalking it all up to error or fraud is being willfully ignorant.

Aside from recordings, a variety of sensitive equipment is able to pick up readings. Meters that read electromagnetic activity, that detect hot and cold, even full spectrum camcorders. While it’s certainly arguable that sometimes these readings can be false, or misinterpreted, again— it begs the question— all of them?

I might be able to buy the argument that an unqualified person picking up an EMF (electromagnetic field) meter who wanders by a power source may get all kinds of crazy readings, and attribute it to a ghost by accident.

But when you have professionals trained on such equipment, trained to look for other sources that can give false readings, sometimes even using them outdoors in natural areas far away from power sources, how is it plausible that every single reading is wrong?

Interestingly enough, in paranormal investigations, these often correspond to the very images and sounds captured in recordings! Does that really sound like a logical coincidence?

Probably the most single convincing argument for life after death is experience. If you have ever had a significant encounter with a spirit, you know it. You are changed forever, and it’s quite difficult to take the perspective of a skeptic.

I’m not just referring to times when your eyes can be tricked by light, or you hear an unidentifiable sound. There are tons of reports of people getting bedside visitations from the ghosts of loved ones—before they even got the news of the loved one passing.

There are instances when children can describe details about a relative that died decades before the child’s birth. In some cases, an entire group of people witness the same paranormal event— sees the face of or hears the words of a spirit, at the same time.

The more you look at the way the evidence mounts up, the more impossible it is to believe that, throughout history, every single paranormal experience has been a hoax or a mistake. Next time you meet a skeptic, shrug it off— if you want to know the truth, examine the evidence with an open mind yourself. It’s truly astounding.