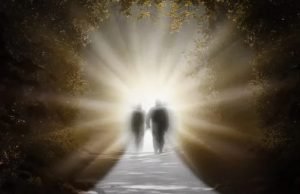 In an AARP survey from 2017, 73% of participants who were 50 years of age or older believed in some form of life after death. However, science has strong evidence of the contrary.

The Belief in No Life After Death

Atheists believe that the only legacy the dead leave behind are in the memories of people who have been touched by those who have departed. After a few generations, there will be next to nothing left behind beyond basic biographical information.

The complete loss of a person occurs in the brain. The personality, hopes, dreams, and memories of a person are stored in the cells and structure of the brain.

After about four minutes without oxygen, those cells and structure in the brain begin to die or otherwise become so disrupted that the information within them can never be recovered. Dying cells release enzymes which cause the cell to digest itself in a process called autolysis.

Although there is some debate as to how long it takes for the entire brain to be irreversibly damaged from autolysis, there is general agreement among scientists that several hours at room temperature is enough to destroy every single cell and structure in the brain beyond repair. At that point, some believe that all trace of the person is gone forever from the universe.

Many people who almost died have seen visions suggesting that there is life after death. Some can hear the doctor in the room declare their death. Others see friends and family members who have already died.

And there are some who experience an out-of-body experience (OOBE), and during this experience, they see what’s occurring from a perspective outside the body.

Scientists know that near-death experiences and out-of-body experiences are tied a person’s belief system (e.g. a Christian will report visions of heaven or hell). Some believe these visions are a function of the dying brain. Some liken death-experiences to a dream; an experience that’s created by the brain.

Reality is presented by whatever the five senses reveal. But how much of reality has been added by the mind, beyond the information given by the five senses? And is there anything that cannot be sensed by any of the five human senses?

Hope for Life After Death

None of this explains why the majority of people in the AARP survey believe there is life after death despite overwhelming evidence of the contrary from science that near death experiences are dreams made up by the mind.

Here are a few things to consider when trying to figure out if there is anything after brain death:

Does the mind extend beyond the brain?
Does human consciousness exist outside of time and space?
Do a person’s beliefs shape reality?
Does something outside of the known physical universe exist?

If the answer to all of the above questions is “yes,” then it’s likely the soul survives the irreversible biochemical processes that destroy the physical brain.

The Zero Point Field and Life After Death

In physics, there is the concept of the zero point field, which refers to the vast space in between objects as they pass through the vastness of space. Recently, physicists have found that there is 10 to the 40th power more energy in the zero point field than in the entire visible universe.

The empty space in the universe turned out to be full of activity where vast amounts of energy exchange occurs in the invisible quantum field as objects go into and out of existence. Very little of this can be seen.

What else is out there that cannot be seen? Is the zero point field where spirits reside, occasionally attempting to interact with the world?

Atoms from various places in the periodic table combine to form elements that create the human brain. But how do those atoms create higher level thoughts, emotions, and beliefs?

Why are computers with many petabytes of storage still unable to form human-like consciousness with artificial intelligence? At some point in the distant future, consciousness may be explained by scientists.

But right now, some believe the brain is more likely to be a projection of reality to a different field of existence where the consciousness really lives, much like a radio is a projection of music from another location such as a studio or a compact disc.

Going back to the subject of death, what happens to the soul when the brain dies? Nobody knows for sure, as anyone who has fully crossed the threshold between life and irreversible death has not returned to tell the tale.

But many believe it’s very likely that some element of human consciousness exists outside of the brain in another field of existence, which by definition is immune from the death of the body.