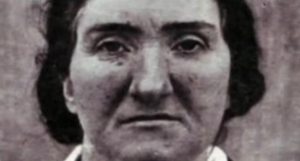 Leonarda Cianciulli was an Italian serial killer. Better known as the “Soap-Maker of Correggio”, she murdered three women in Correggio between 1939 and 1940, and turned their bodies into soap.

Cianciulli was born in Montella. While still a young girl, Leonarda attempted suicide twice. In 1917 she married a registry office clerk, Raffaele Pansardi: her parents didn’t approve that marriage, as they planned her to marry another man. Leonarda claimed that on this occasion her mother cursed them.

The couple moved to the man’s town, Lauria, in 1921 where Cianciulli was sentenced for fraud and imprisoned in 1927; once released the couple moved again in Lacedonia. Their home was destroyed by an earthquake in 1930, and they moved once more, this time to Correggio, where Leonarda opened a small shop and became very popular as a nice, gentle woman, a doting mother and a nice neighbour.

Cianciulli had seventeen pregnancies during her marriage, but lost three of the children to miscarriage; ten more died in their youth. Consequently she was heavily protective of the four surviving children. Her fears were fueled by a warning she had received some time earlier from a fortune teller, who said that she would marry and have children, but that all of the children would die.

Reportedly, Cianciulli also visited another Gypsy who practiced palm reading, and who told her, “In your right hand I see prison, in your left a criminal asylum.” Cianciulli was a superstitious woman, and seems to have taken these warnings very much to heart.

In 1939, Cianciulli heard that her eldest son, Giuseppe, was to join the Italian army in preparation for World War II. Giuseppe was her favorite child, and she was determined to protect him at all costs. She came to the conclusion that his safety required human sacrifices. She found her victims in three middle-aged women, all neighbours. 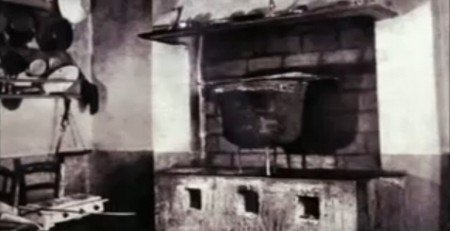 Some sources record that Cianciulli was something of a fortune teller herself, and that these women all visited her for help; others state merely that they were friends of hers seeking advice. Whatever the reason, Cianciulli began to plan the deaths of the three women.

The first of Cianciulli’s victims, Faustina Setti, was a lifelong spinster who had come to her for help in finding a husband. Cianciulli told her of a suitable mate in Pola, but convinced her to tell nobody of the news. She further convinced Setti to write letters and postcards to relatives and friends; these, to be mailed when she reached Pola, were merely to tell them that everything was fine.

On the day of her departure, Setti came to visit Cianciulli one last time; Cianciulli offered her a glass of drugged wine, then killed her with an axe and dragged the body into a closet. There she cut it into nine parts, gathering the blood into a basin. In her memoir (titled An Embittered Soul’s Confessions), Cianciulli described what happened next in her official statement:

I threw the pieces into a pot, added seven kilos of caustic soda, which I had bought to make soap, and stirred the whole mixture until the pieces dissolved in a thick, dark mush that I poured into several buckets and emptied in a nearby septic tank.

As for the blood in the basin, I waited until it had coagulated, dried it in the oven, ground it and mixed it with flour, sugar, chocolate, milk and eggs, as well as a bit of margarine, kneading all the ingredients together. I made lots of crunchy tea cakes and served them to the ladies who came to visit, though Giuseppe and I also ate them.

Francesca Soavi was the second victim; Cianciulli claimed to have found her a job at a school for girls in Piacenza. Like Setti, Soavi was convinced to write postcards to be sent to friends, this time from Correggio, detailing her plans.

Also like Setti, Soavi came to visit with Cianciulli before her departure; she, too, was given drugged wine and then killed with an axe. The murder occurred on September 5, 1940. Soavi’s body was given the same treatment as Setti’s, and Cianciulli is said to have obtained 3,000 lire from her second victim. 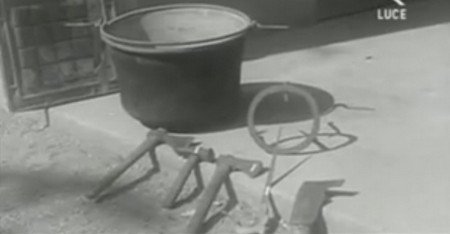 Cianciulli’s final victim was Virginia Cacioppo, a former soprano said to have sung at La Scala. For her, Cianciulli claimed to have found work as the secretary for a mysterious impresario in Florence; as with the other two women, she was told not to tell a single person where she was going. Virginia agreed, and on September 30, 1940, came for a last visit with Cianciulli. The pattern to the murder was exactly the same as the first two; according to Cianciulli’s statement:

She ended up in the pot, like the other two…her flesh was fat and white, when it had melted I added a bottle of cologne, and after a long time on the boil I was able to make some most acceptable creamy soap. I gave bars to neighbours and acquaintances. The cakes, too, were better: that woman was really sweet.

Cacioppo’s sister-in-law grew suspicious at her sudden disappearance, and had last seen her entering Cianciulli’s house. She reported her fears to the superintendent of police in Reggio Emilia, who opened an investigation and soon arrested Cianciulli. Cianciulli immediately confessed to the murders, providing detailed accounts of what she had done.

Cianciulli was tried for murder in Reggio Emilia in 1946. She remained unrepentant, going so far as to correct the official account while on the stand:

At her trial in Reggio Emilia last week Poetess Leonarda gripped the witness-stand rail with oddly delicate hands and calmly set the prosecutor right on certain details. Her deep-set dark eyes gleamed with a wild inner pride as she concluded: “I gave the copper ladle, which I used to skim the fat off the kettles, to my country, which was so badly in need of metal during the last days of the war….”

She was found guilty of her crimes and sentenced to thirty years in prison and three years in a criminal asylum.

Cianciulli died of cerebral apoplexy in the women’s criminal asylum in Pozzuoli on October 15, 1970. A number of artifacts from the case, including the pot in which the victims were boiled, are on display at the Criminological Museum in Rome.