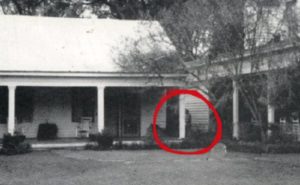 The Myrtles Plantation in St. Francisville, Louisiana, is a reminder of the old American South. A time of vast cotton fields worked by African slaves, extremely wealthy plantation owners and a Civil War that devastated the South. Myrtles Plantation has a rich history but it’s haunted reputation seems to be focused mostly on events during the years surrounding and including the Civil War period. Of the many claims of paranormal activity said to occur at Myrtles Plantation the story of the slave girl Chloe is probably the best known.

Chloe was owned by Judge Clark Woodruff and his wife Sara. Her role at the Myrtles Plantation was to work in the home of her owners, in fact Chloe was charged with caring for the Woodruff children. As was often the case in the old South Chloe also had another role at the Myrtles Plantation, that of mistress to her master Judge Woodruff. Chloe of course had nothing to say in the matter, but it may have been a better option than being sent out to the grueling work in the cotton fields.

Whatever the case maybe, at some point Chloe began to believe that the Judge was tiring of her. Chloe began to snoop around and listen to private conversations by putting her ear up to closed doors. Unfortunately for Chloe, she was caught in the act by the Judge with her ear pressed against a door.

Judge Woodruff is said to have grabbed Chloe and swiftly sliced off her ear. Chloe’s shame of having just one ear led her to begin wearing a green colored head-dress, often described as a turban. Chloe knew she was now in deep trouble and could be sent to work in the fields at any moment.

After thinking about her rather precarious situation, Chloe came up with what she thought was a brilliant plan to save her position in the house. The Woodruffs oldest daughter would be celebrating her birthday in just a couple of days, this would be Chloe’s chance to prove her value to her owners.

The Judge would be out-of-town at the time but the rest of the family would be eating cake. Chloe gathered some of the leaves of the poisonous Oleander plant and added it the birthday cake. Her thought was that just a small amount of the toxic plant would simply make the family sick and she would then nurse them back to health and save her position.

The family began to eat the birthday cake and soon became ill, not all of them just Sara and her two daughters. The plan went terribly wrong however as the three did not only become ill but died. Word of what Chloe had done soon became known to her fellow slaves. The slaves that worked in the fields had no concern for Chloe, she worked in the masters home, she was not one of them.

They did however care about the reaction of the Judge when he returned to the Myrtle Plantation, would he take out his anger at Chloe on them? They had to act fast so during the night they grabbed Chloe, killed her, and threw her body into the Mississippi River. The Ghost of the slave girl Chloe is now said to haunt the Myrtles Plantation. Some claim to have seen the ghost of a black girl wearing a green turban, there is also a photo that may be the apparition of Chloe.

Chloe is far from the only ghost said to reside at the Myrtles Plantation. While there is no doubt that there are ghosts at the old plantation the problem is trying to figure out who they are or were. There are stories of a haunted mirror where the images of mother Sara and her two daughters are said to appear.

Also said to be in the home are the ghosts of three Union solders who are believed to have been killed when Union forces ransacked the plantation. The ghost of a young girl who died at the house in 1868 has been seen in the room she died in. Many places are given the “Most Haunted” title but Myrtles Plantation seems to live up to it.