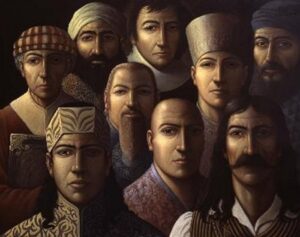 The legend of The Nine Unknown Men goes back to the time of Emperor Asoka, who was the grandson of Chandragupta. Ambitious like his ancestor whose achievements he was anxious to complete, he conquered the region of Kalinga which lay between what is now Calcutta and Madras.

The Kalingans resisted and lost 100,000 men in the battle. At the sight of this massacre Asoka was overcome and resolved to follow the path of non-violence.

After the Kalinga War, Ashoka understood the extent of damage the world has to endure if the power goes into the wrong hands and hence, formed a secret society consisting of 9 men.

These nine mysterious men were tasked with the responsibility of preserving, developing and preventing secret knowledge from getting into the hands of evil men.

Each men were given one book to guard which contained supreme knowledge and could help mankind to evolve but if in wrong hands, the knowledge could destroy humanity – the whole of it.

During Ashoka’s rule, the knowledge of past and present as well as natural science was vowed to secrecy. Henceforth and for next 2000 years that followed, all the knowledge that was developed was hidden in the secret books.

Traditionally, the books are said to cover the following subjects:

1. Propaganda and Psychological warfare is a concerted set of messages aimed at influencing the opinions or behavior of large numbers of people.

Instead of impartially providing information, propaganda in its most basic sense presents information in order to influence its audience. It is the most dangerous of all sciences, as it is capable of molding mass opinion. It would enable anyone to govern the whole world.

2. Physiology is the study of the mechanical, physical, and biochemical functions of living organisms.

The book of The Nine included instructions on how to perform the “touch of death (death being caused by a reversal of the nerve-impulse).” One account has Judo being a product of material leaked from this book.

3. Microbiology, and, according to more recent speculation, Biotechnology. In some versions of the myth, the waters of the Ganges are purified with special microbes designed by the Nine and released into the river at a secret base in the Himalayas.

Multitudes of pilgrims, suffering from the most appalling diseases, bathe in them without harming the healthy ones. The sacred waters purify everything. Their strange properties have been attributed to the fact that they contain bacteriophages. But why should these not be formed in the Bramaputra, the Amazon or the Seine?

4. Alchemy, including the transmutation of metals. In India, there is a persistent rumor that during times of drought or other natural disasters temples and religious organizations receive large quantities of gold from an unknown source.

The mystery is further deepened with the fact that the sheer quantity of gold throughout the country in temples and with kings cannot be properly accounted for, seeing that India has few gold mines.

6. Gravitation. Book 6 The Vaiminaka sastra is said to contain the secret of anti-gravity and the instructions necessary to build a Vimana, sometimes referred to as the “ancient UFOs of India.”

7. Cosmology, the capacity to travel at enormous speeds through spacetime fabric, and time-travel; including intra- and inter-universal trips.

8. Light, the capacity to increase and decrease the speed of light, to use it as a weapon by concentrating it in a certain direction, etc.

9. Sociology, including rules concerning the evolution of societies and how to predict their downfall.

There are other versions of the legend available. For instance, one of the versions states the reason why Emperor Ashoka formed the secret society to safeguard advanced scientific knowledge was to preserve the Rama Empire.

According to Hindu Scriptures, the Rama Empire was destroyed 15,000 years ago by highly advanced weaponry. 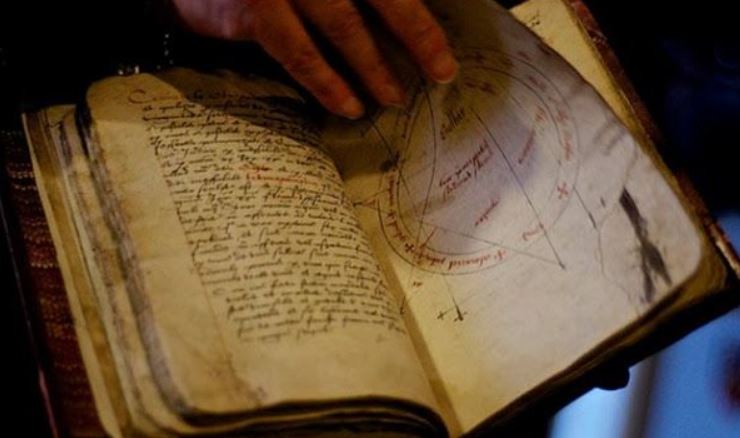 Although the knowledge of these books is supposedly kept totally secret from mankind, over the centuries there are said to have been leaks, which have gone on to account for a number of innovations throughout history.

There was, however, the extraordinary case of one of the most mysterious figures in Western history: the Pope Sylvester II, known also by the name of Gerbert d’Aurillac.

Born in the Auvergne in 920 (d. 1003) Gerbert was a Benedictine monk, professor at the University of Rheims, Archbishop of Ravenna and Pope by the grace of Ortho III.

He is supposed to have spent some time in Spain, after which a mysterious voyage brought him to India where he is reputed to have aquired various kinds of skills which stupified his entourage.

For example, he possessed in his palace a bronze head which answered YES or NO to questions put to it on politics or the general position of Christianity.

According to Sylvester II, this was a perfectly simple operation corresponding to a two-figure calculation, and was performed by an automaton similar to our modern binary machines. This “magic” head was destroyed when Sylvester died, and all the information it imparted carefully concealed.

It has long been believed that the Nine Unknown Men intentionally release tidbits of information from their books on occassion in order to help mankind in times of great need, with such gifts from the mysterious cabal being allegedly the vaccines for cholera and plague.

They are also said to sometimes reveal themselves to those who they deem to be wise and worthy in order to share portions of the secrets and information they have gathered over the centuries.

Indian scientists are occasionally rumored to be members of the Nine Unknown Men, and from time to time, if a Westerner should visit India and then do something astounding, he is considered to have had their help (as was the case with Pope Sylvester II, and also Alexandre Emile John Yersin, who knew Louis Pasteur and Pierre Paul Emile Roux, who respectively created vaccines for Rabbies and Dyphtheria).

The Bizarre Tale Of The Old Car On Highway 167