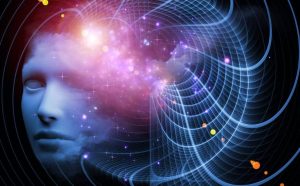 The Law of Attraction says that you synchronistically attract from the outside what you resonate with on the inside, or that you can bring into your life what you momentarily strongly focus upon. So by having an optimistic attitude and focusing on success one attracts these, while having a cynical depressed attitude attracts negative experiences.

At the same time, however, experience shows that negative possibilities manifest when we least expect them, that anticipating them is what actually keeps them from happening.

So how can focusing on negative possibilities attract them in one case, and prevent them in another? That is the paradox to address in this article.

All we have to do is look at some typical cases and find the one rule that accounts for them all. Consider the following:

– You think in a matter-of-fact way about everything that could go wrong, and find that by doing so things actually turn out surprisingly well.
– You adopt an optimistic happy-go-lucky attitude and pretty soon positive opportunities come to you synchronistically.
– You consciously intend for safe passage or protection and receive it.
– You experience the one accident or problem you didn’t expect.
– You have a gnawing dread that things will go wrong, but ignore this feeling and avoid thinking about it, and sure enough things do go wrong.
– You have a deep-seated fear, your mind is constantly preoccupied with all the ways this fear can come true, and soon the very thing you feared does indeed manifest.
– You have an optimistic attitude but ignore thinking about negative possibilities, and eventually something bad happens that you are not prepared to handle.

These cases can be taken as factual data points. Each represents one expression of a single unified reality principle. By pondering what they all have in common and how they all differ, it is possible to piece together the principle.

To me it all boils down to this:

When you expect various negative possibilities, are you merely aware of them, or do you really believe deep down that they are inevitable and therefore dread them in some way? The difference is between prudence and paranoia, between mental anticipation and emotional investment.

You can be aware of a negative possibility while having zero emotional investment in it, like casually crossing the street after having looked both ways to avoid getting hit, yet without a single pang of fear as a young child might have when crossing alone for the first time. And you can be in emotional resonance with something while not even thinking about it consciously, like having deeply suppressed issues gnawing away at your subconscious despite your denying them on the surface.

Let’s see how this applies to the various cases.

You think in a matter-of-fact way about everything that could go wrong, and find that by doing so things actually turn out surprisingly well

By anticipating these negative possibilities, you become aware of them. Since awareness blocks, these fail to manifest. Being matter-of-fact keeps you nonchalant and prudent (instead of fearful and paranoid) and without emotional investment in those negative possibilities you do not attract them either. And after consistently noticing this technique leads to good results, despite your conscious expectation of problems each time, your underlying confidence in the technique ensures that your emotions / subconscious / soul-energy resonate with and attract a positive outcome.

Positive emotions and an optimistic attitude attract outcomes that reinforce those very feelings, and so these manifest in synchronistic ways. But because negative outcomes are not acknowledged here, while you are not attracting them, you are not necessarily blocking them either. So they can still happen.

You consciously intend for safe passage or protection and receive it

Here you are mentally focusing on the idea of being protected from harm, and emotionally resonating with same. Awareness plays the role of selecting that outcome to the exclusion of all others, while emotion attracts and somewhat anchors it into place. So although you are not blocking negative possibilities by thinking specifically of all the ways things could go wrong, and instead are merely selecting one positive outcome where all goes well, the fact that the positive outcome is also attracted through resonance gives it superior priority for manifestation over those negative outcomes that would otherwise manifest as a matter of chance.

Without being aware of that possibility, you neither blocked its manifestation nor selected an exclusively better alternative to anchor into place through resonance. So it was free to manifest, and anything from resonance to random chance to malicious intent by others could nudge it onto your path.

You have a gnawing dread that things will go wrong, but ignore this feeling and avoid thinking about it, and sure enough things do go wrong

The perfect recipe for disaster. Not only do you resonate with and attract the negative possibility through ego insecurity, self-destructive beliefs, paranoia, or fear, but by refusing to even think about them in a strategically preventive manner you give them wide berth to manifest.

You have a deep-seated fear, your mind is constantly preoccupied with all the ways this fear can come true, and soon the very thing you feared does indeed manifest

Even worse, here you do think about the negative possibilities but in a way that actually selects them for reinforcement by a negative attitude that resonates and attracts them. This combination virtually guarantees that they happen.

[This is the primary way that negative aliens and other non-3D hostiles can gain a foothold in your reality. If you focus on them and fear them obsessively, things will gradually get very weird and very dangerous because you’ve lowered the drawbridge and waved them in. However if you become aware of them while staying free of emotional preoccupation and obsession, then you are more protected from their meddling than someone who never became aware of them at all].

You have an optimistic attitude but ignore thinking about negative possibilities, and eventually something bad happens that you are not prepared to handle

Simply resonating with positive ensures that perhaps up to 90% of your experiences end up being positive. However, the only way to prevent the negative 10% is to be aware of them. Without that awareness, they can and will eventually happen, whether by chance or malice. Therefore, naïve positivity that comes with total ignorance of anything negative or unpleasant is not smart at all. Better to be aware of the negative while keeping a positive attitude.

You might be wondering why precisely awareness selects while emotional resonance attracts. My intuitive impression is that quantum mechanics plays a role. When a quantum system is not observed, it stays in a fluid wave state spread across a spectrum of probabilities. But when one observes or tries to measure it, the wave collapses into a single tangible state. Conscious observation turns a fluid probability wave into a definite tangible particle. Well on the macroscopic scale, where we are the observers and a quantum system is our entire bubble of personal reality, the rules are fuzzier and more complex.

When you become aware of a probable future, you are observing it, but only partially because it is not a certainty. But whereas observing a quantum wave in the present collapses it into a definite state, observing a wave still in the future merely constricts it a little, reducing its fluidity and therefore interfering with its ability to manifest synchronistically in the present. Synchronicity is how the future becomes the present through an entirely quantum process. The more certain you are that a particular future will happen, the more that future is frozen and kept from manifesting through quantum / synchronistic means. This simply implies that instead of coming to you synchronistically, you would have to go toward it causally. For instance, synchronicity could unexpectedly bring you a hundred dollars if given freedom to flow toward you, or you could work for several hours to earn it as expected. It’s like waiting at the end of a river to intercept a raft versus freezing the river and walking towards the raft. So this is why awareness blocks, selects, and filters — because it freezes the future. That is good if you want to freeze out negative futures, but not good if eager anticipation shuts out positive futures.

There is also a bit of Timeline Dynamics involved here. If a certain future involves you getting sideswiped by negative forces, then that future has a good probability of happening. That makes it a stronger future, whose feedback effects travel back into the present and attract you toward it. For instance, you might feel a mental tug to do something, to forget something, commit an error, etc… that results in getting unexpectedly ambushed. But if you become aware of the attack ahead of time, then that prepares you to successfully handle it and utterly demolishes the future where you were hit out of the blue. This cuts off the feedback loop from that future, which then frees you mentally and emotionally from its pressure in the present. That is why if you are under hyper-dimensional attack, very often the moment you become aware of the real reason for what is happening, and especially if you realize what the negative forces have planned, suddenly all the negative psychic pressure lifts and the threat evaporates. Through awareness, you literally “head off” the negative future. It’s like the saying, “To never have to use a weapon, have one handy.”

As for how your internal resonance attracts corresponding probable futures, that is more a phenomenon of Realm Dynamics. It is entirely a quantum thing, because the attracted experiences always manifest synchronistically. Whereas conscious awareness decreases quantum fluidity, subconscious resonance increases the pressure behind any quantum fluidity that does exist, thereby heightening synchronistic manifestation. It is no surprise then that consciousness constricts while the subconscious attracts; the conscious mind to the subconscious is what the particle is to its wave. In fact, certain shamanic techniques employing “second attention” appear to be methods for intentionally delocalizing the conscious focal point so that one perceives more the fluid / quantum nature of things than the single tangible slice we know as physical reality.

When your mind is delocalized, such as when you are coming out of sleep and thoughts are still highly nonlinear (and before you feel yourself “compressed” back into your body), that is when using the Law of Attraction works really well. Also, you may have noticed how when you have a passing thought about something you need, a thought that you quickly forget about, very often those tend to materialize most quickly and magically. Because not only were you entirely absorbed in the thought, but you were also in a slight trance state (mental delocalization), and afterwards forgot about it, so that anticipation did not block its outcome. And from a higher perspective, it is a pure and unselfish act when you ask for something from the depths of your heart this way without being self-conscious or commanding.

There is the issue of whether simply being aware, being non-anticipatory, and having a higher soul vibration through spiritual devotion is enough to make everything fall into place — whether intentionally engaging in reality creation by visualizing and energizing desired futures is even necessary. The latter gets into the sticky territory of black magic if done too often, too selfishly, and too intensely, whereby the higher flow of things is forcefully twisted to serve egotistical ends. A humble approach that does not trivialize one’s own spiritual sovereignty is a balanced approach, one that recognizes that active reality creation (through visualization and so on) is a supplementary tool to be used only when necessary, and that it is the consistent fundamental modes of awareness, attitude, and action that count most.