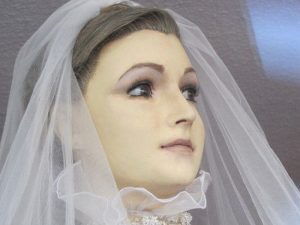 For more than 87 years, visitors from all over the world have been lured to a wedding gown shop in Chihuahua, Mexico, to study the eerily lifelike bridal mannequin in the window which has been in the shop window since March 25th 1930.

Most are so captivated by the mesmerising gaze of La Pascualita as the mannequin has been named, that they leave convinced that she is actually a real body that has been embalmed.

From the moment the mannequin went on display, people soon realised that she bore an uncanny likeness to the store’s owner at the time, Pascuala Esparza. There was just something too life like about her. From the realistic curve of her ears and hollows of her nostrils, to the small wrinkles and folds of skin on her fingers and thumbs, to the mesmerising presence of fingerprints. 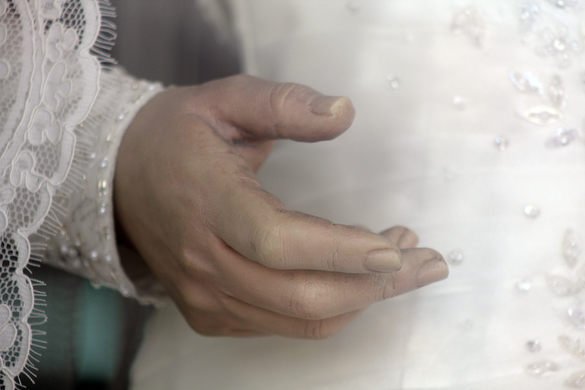 La Pascualita was nothing like the coloured-plastic shop dummies people were used to seeing. She just appeared to be far too realistic,and before long, rumours had spread that this was no ordinary shop dummy. This was an embalmed corpse. And the locals knew just whose corpse it was.

Shortly before 25 March 1930, tragedy had struck the town of Chihuahua and the owner of La Popular. 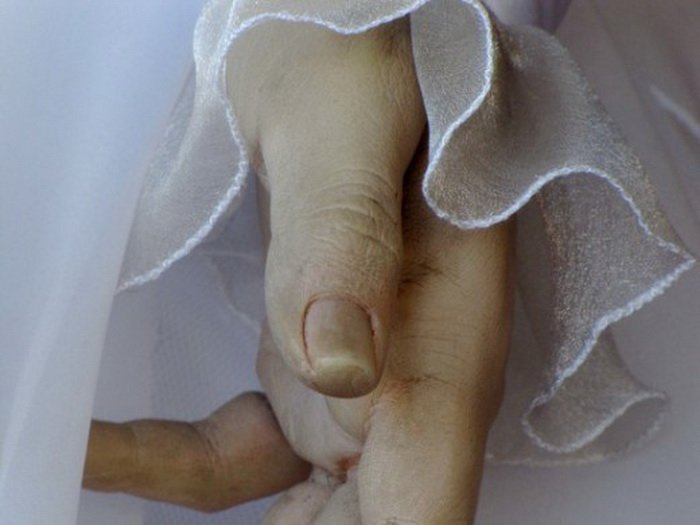 Soon afterwards, the new shop-dummy modelling the finest wedding-wear appeared in the window of La Popular. 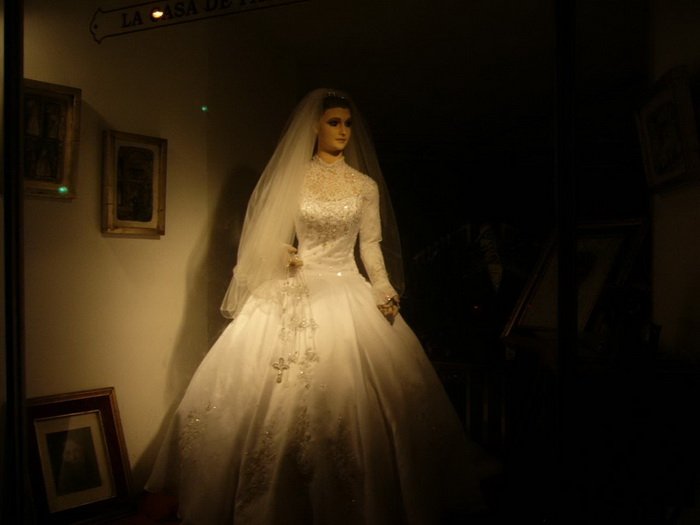 Locals noticed the realistic detail, and the resemblance between the dummy and the young bride who’d died so tragically weeks before.They nicknamed her La Pascualita, or ‘Little Pascuala’.

Horrified by the rumours Pascuala issued an official statement denying the rumours that the mannequin was her dead daughter, but by then it was too late, nobody was willing to believer her.

La Pascualita began to take on a life of her own. It is said that a love struck French magician would arrive at night and bring her to life, taking her out on the town.

Others say her eyes follow them around the store and that she changes positions during the night.

One shop worker, Sonia Burciaga, who has to change the mannequins outfits twice a week, says “Every time I go near Pascualita my hands break out in a sweat. Her hands are very realistic and she even has varicose veins on her legs. I believe she’s a real person.”

Our World is a “Matrix”. But not Digital, Scientists Says