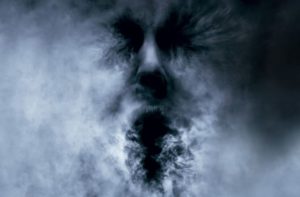 The fog has played a starring role in countless horror and science fiction films. It provides a creepy atmosphere or a thick vaporous curtain out of which can appear a stalking vampire, a stumble of zombies, a clawing monster or a troupe of aliens. The fog masks the unknown.

It can also kill.

Untold numbers of shipwrecks and car accidents have been attributed to the reduced visibility that fogs create. Ships rely on lighthouses and other beacons to help them through. And in San Francisco, drivers have The Emergency Fog Alert System, an array of webcams that keep vigil for the arrival of fog from the bay.

A whole slew of car accidents and numerous deaths were blamed on fog near Calhoun, Tennessee from the early 1970s to the 1990s. In this case the fog was intensified by the polluting output of a local paper plant.

There have also been numerous cases in which fog has killed people directly. In virtually every case, these killer fogs have been the carriers of industrial atmospheric pollution:

Sixty Belgians were killed in 1930 when fog conditions concentrated pollutants in the Meuse Valley for six days.

Nearly half the population of Donora and Webster, Pennsylvania were sickened in late October, 1948 by a fog that held industrial pollution in the small towns. So dense was the fog that one could not see clearly across a city street. The death toll: 20 lives.

Thousands of Londoners were killed in December, 1952 when a toxic fog descended on the English capital. The fog, carrying a deadly mixture of dense coal smoke, literally poisoned the populace and is still considered one of the deadliest environmental incidents on record. The black fog was so thick that some reported they could not even see their feet as they walked the London streets. The lethal fog lasted from December 5 to the 9th, and in the end as many as 12,000 were dead from its effects.

On May 3, 1989, the residents of Culham in Oxfordshire, England were plagued by nosebleeds and sore throats due to a thick fog that clouded the village. (Source: The World’s Most Incredible Stories, 1992, Barnes & Noble Books.)

In mid-October, 2005, the city of Lagos, Nigeria was enveloped in a mysterious fog that caused serious illness. After people began complaining of severe stomach pains and eye irritation, the governor of the region closed all the city schools as a precaution. People were driven out of their places of work because of the bad odor, and visibility in some places was reduced to 100 meters. Laboratory tests of the fog vapor showed that it contained high levels of sulphuric acid. A broken petroleum pipe might have been the cause.

Occasionally, fog kills even without pollutants. A fog bank killed more than 5,000 songbirds over the Bay of Fundy, between New Brunswick and Nova Scotia, Canada in June, 2004. The birds apparently died of hypothermia when they flew into the cold fog. Lobster fisherman said the birds were just dropping from the sky, some landing dead on their boats.

That’s normal fog and pollution. But there are kinds of fog that form in the realm of the paranormal – and the effects can be even stranger.

There’s a fog that forms when condensed water droplets swirl in the air close to the ground. And then there’s fog that materializes from dimensions unknown.

A glowing fog bank that transports those who enter it across time and dimensions sounds like the premise of a science fiction thriller.

In her book, Time Storms: Amazing Evidence for Time Warps, Space Rifts, and Time Travel, however, author Jenny Randles makes a compelling case that these strange fogs really do exist.

She documents many incidents in which unsuspecting people, while either driving, walking or otherwise going about their business, encountered a glowing white mist. In some cases, these people disappeared only to reappear sometime later in a state of bewilderment. One driver was transported over 600 miles from where he entered the glowing fog.

Three soldiers witnessed the bizarre disappearance of an entire battalion in 1915 when a fog bank seemed to swallow them up. It occurred during the infamous Gallipoli campaign of WWI.

Three members of a New Zealand field company watched as a battalion of the Royal Norfolk Regiment marched up a hillside in Suvla Bay, Turkey into the fog. They never came out.

After the last of the battalion had entered the cloud, they said, it slowly lifted off the hillside to join other clouds in the sky. Their disappearance has never been accounted for.

Ghosts from the Fog

Arielle D. tells the story of an apparition that came out of a light blue fog: “It was mid-June around 5:00 p.m. and I was riding my stallion back from my neighbor’s house. When I got about one mile from my neighbor’s home, I thought I saw something a little farther ahead.

“It looked like a small amount of light blue fog. I slowly got off my horse and walked with him toward the foggy substance. When I got within about eight yards or so of it, I was stuck in my tracks with fear.

“I was terrified because I had never had an experience quite like this one before (with a ghost). He looked around 25 or maybe a little older. His skin was spotted like he had been burned.

“He was wearing old clothes; his pants looked sort of like chaps, but it was hard to tell because I was too busy looking at his face. I had just enough time to get a good look and he disappeared, sort of vanishing slowly like the fog he was in was swept away in a gust of wind.”

The Fog and The Bermuda Triangle

Is an “electronic fog” responsible for many of the unexplained incidents and disappearances in the infamous Bermuda Triangle? That is the assertion made by Rob MacGregor and Bruce Gernon in their book The Fog (Llewellyn Worldwide, 2005).

Gernon himself is a first-hand witness and survivor of this strange phenomenon. On December 4, 1970, he and his dad were flying their Bonanza A36 over the Bahamas.

On route to Bimini they encountered strange cloud phenomena, particularly a tunnel-shaped vortex, the sides of which the planes wings scraped as they flew. For about 10 seconds, Gernon felt as if he were experiencing zero gravity.

All of the plane’s electronic and magnetic navigational instruments malfunctioned. The magnetic compass spun inexplicably. As they neared the end of the tunnel, they expected to see clear blue sky.

Instead, they saw only a dull grayish white for miles – no ocean, sky or horizon. After flying for 34 minutes, a time corroborated by every clock on board, they found themselves over Miami Beach – a flight that normally would have taken 75 minutes.

MacGregor and Gernon believe that this electronic fog that Gernon experienced may have also been responsible for the famous disappearance of Flight 19, and other vanishing aircraft and ships.