On the evening of September 12, 1826, William Morgan (1774–1826?) disappeared outside the city jail in Canandaigua, New York State, three months before the publication of his book revealing the secrets of the first three degrees of Freemasonry.

Witnesses heard Morgan shout “Murder!” as he was forced into a carriage by four men. The carriage drove off into the night, and Morgan was never seen again.

Reports of Morgan’s disappearance raised questions about the extent of Masonic involvement in the incident and launched one of the great conspiracy panics in American history and created a national anti-Masonic movement.

Morgan had a checkered past and a dubious reputation. Born in Virginia in 1774, he worked as a stonemason, brewer, merchant, farmer, and clerk, and contemporary accounts describe him as a quarrelsome alcoholic, in and out of jail for unpaid debts.

In the early 1820s, he moved from Ontario, Canada, to upstate New York, settling in Rochester and then in Batavia. At some point in his life he had either become a Mason or learned enough from published exposures of Masonic ritual to pass as a Mason.

No record of his initiation into the three degrees of Craft Masonry survives, though he certainly attended Masonic lodges in upstate New York in the early 1820s.

Soon afterward, he sought admission to a Masonic lodge in nearby LeRoy, and received the Royal Arch degree in 1825. Morgan was initiated into the lodge, but when he supported the formation of a new lodge in Batavia, other members of the proposed lodge took his name off the petition, thus denying his membership.

Morgan, infuriated, quit the Batavia lodge and decided to avenge himself on Masonry by writing a book that revealed its secrets. The hope of making money may also have played a significant part in his plans.

In March 1826 Morgan retaliated by entering into a contract with local printer David C. Miller and two investors to publish an exposé of the “secrets” of Freemasonry.

When word got out about his plan, local Masons tried to prevent the book’s publication. Miller, Morgan, and other backers of the project were harassed and threatened, but went forward with the project.

On 10 September 1826, some three weeks after Morgan had received a copyright for his book, Illustrations of Masonry, Miller’s print shop was set on fire in an apparent attempt to stop the book’s publication.

The same day, a member of the Canandaigua Masonic lodge obtained a warrant for Morgan’s arrest on charges of petty theft. The next evening he was released for lack of evidence, but was immediately rearrested on debt charges and imprisoned in the Canandaigua jail. 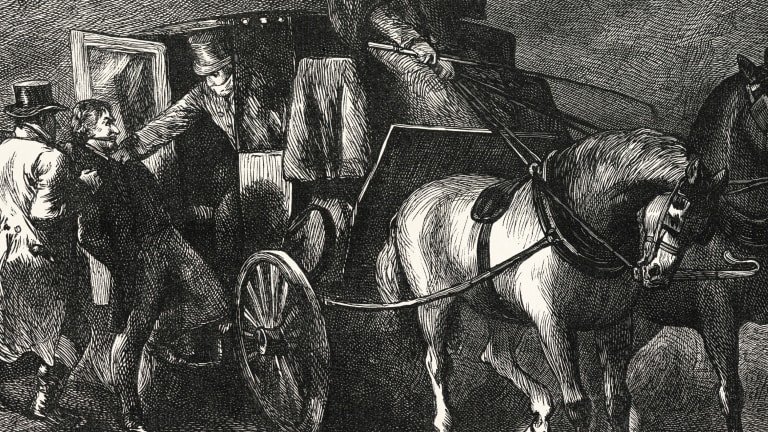 Exactly what happened to Morgan after that remains a mystery. He was apparently held prisoner for several days at the abandoned Fort Niagara, and his captors tried to convince him to accept a large cash sum, withdraw the book, and emigrate to Canada.

The most popular accounts of a conspiracy, which was said to involve nearly seventy Masonic brethren, held that Morgan had initially been taken to Canada, where plans to pay him in exchange for staying out of the United States had fallen through. After a few days, according to these charges, he was bound with weights and thrown into the Niagara River just below the falls.

When a decomposed male corpse was found near Lake Ontario more than a year after Morgan’s disappearance, the corpse was initially identified and buried as Morgan, though many charged that the local coroner, hoping to please the anti-Masonic movement, had deliberately ignored signs that called its identity into question. The body was later exhumed and identified as one Timothy Munroe. Morgan’s body was never recovered.

The Morgan affair also fed public alarm about the amount of influence the Freemasons had on government. Half of all officials in the county where Morgan disappeared, and as many as two-thirds of officeholders across New York State, including the governor DeWitt Clinton, belonged to Masonic lodges.

Morgan’s book, Illustrations of Masonry, nonetheless appeared in December 1826 (other source said it was released in 1827) was an instant bestseller, and filled with blood-curdling descriptions of supposed Masonic rituals and vengeance oaths, which prompted an investigation of the order by New York State legislators in 1829.

By that time the governor of New York, DeWitt Clinton, had offered rewards of $300 (a large sum by early nineteenth-century standards) for information leading to the arrest of Morgan’s abductors, and a grand jury in Canandaigua had indicted four Masons for conspiracy to kidnap. Three of them pled guilty but claimed they had no idea where Morgan was.

Conspiracy to kidnap was then a misdemeanor in New York, and the defendants served jail terms of between two years and three months. The resulting investigation went on for five years; a total of 54 Masons were indicted and thirty-nine were tried, but only 10 were convicted of crimes, and no definitive resolution of the case was found, while 13 other Masons fled the state to avoid trial.

The third and last special counsel, who had the remarkable name of Victory Birdseye, finished his inquiry in 1831. Years later, a Mason named Henry Vance confessed on his deathbed that he and two other lodge members had murdered Morgan and dumped his body in the Niagara River.

However, none of these provided any conclusive evidence. Whatever the facts of the matter, charges of a Masonic “cover-up” in the Morgan affair fueled the first national mass anti-Masonic movement, which spawned dozens of newspapers and other publications and created a political party.