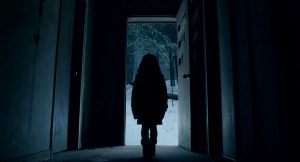 As soon as a child enters the world he begins to learn. His wide, gazing eyes take in every tiny particle of life. He sees the way the wind blows the leaves, the way the dog wags its tail and the way his mother moves her mouth to speak. But what else does that baby see?

Fast forward a few years, and the person who was once an infant is now a toddler, playing all by himself in his room. You hear him babbling and dismiss the sound as being just a child at play. So, why does it sound like he is interacting with someone else?

When you ask him who he was talking to, he gives you a name, a description and a storyline. “Where does she come up with this stuff?” you ask yourself, shaking your head and walking away. But, really — where could he have come up with a story about a girl dressed in colonial clothing who drowned in the stream in the woods behind your house. He doesn’t even know there is a stream in the woods behind your house.

Paranormal investigators everywhere hear stories similar to this one quite often. Jason Hawes, co-founder of The Atlantic Paranormal Society (TAPS) of the Syfy series, “Ghost Hunters,” wrote about the relationship between children and spirits on the TAPS website (www.the-atlantic-paranormal-society.com).

“Many times, when I am contacted by someone having a paranormal situation, I am informed that their child or children are playing with invisible friends and that they talk to things that are not there,” Hawes wrote. “People want to understand why their children are doing this.”

Hawes explains that the child could be psychic, and may possibly be “sensitive,” but a better explanation is simply that children have open minds. “To a child, anything is possible,” Hawes wrote. “Everything is real. Santa still comes down the chimney every Christmas and the Easter Bunny still comes and brings them baskets every Easter.” Hawes said, because of their openness, children do see more than adults.

“They have not been conditioned by society yet as to what is real and what is not,” he wrote. “Over the years they will be told, ‘Stop playing with your pretend friend Bobby,’ and this helps close them off to what they experience. We have done some investigations into this, and the conclusions are outstanding.”

Hawes said families who believe in the idea that there are spirits and “other things out there that we cannot see,” are more accepting of their children playing with invisible friends, and don’t try to change the child’s ideas. “It seems that more and more sensitives are being brought into this world by these people,” he wrote. “They are being allowed to grow without being told what they saw as a child was not real, so, in return, being able to see these things as they did when they were children.”

However, children raised by families who do not believe in the paranormal are robbing their children of the chance, Hawes said. “They have a closed mind and refuse to let the child be open,” he wrote. “In return, telling the child that they should not play with something or someone who is not really there.”

He said telling children to “stop playing with nothing” or “there is nothing there so stop it” is the reason why children stop believing that anything is possible. I have heard many times that children are taught to fear the unknown and, if left to their own beliefs, could teach us all a little something.