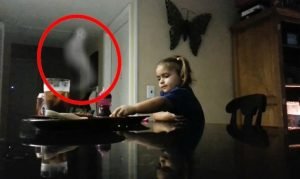 There are a lot of videos on the Internet about how children under 5 years old or pets enthusiastically look where nothing is happening. And this may take a long time.

For example, a 3-year-old boy from New Zealand watched the corner of a room with nothing in it for more than two hours. Absolutely nothing, an ordinary corner, of which there are many in an unfurnished apartment.

Some parapsychologists in Western countries believe that children under the age of 5 perceive the world in their own way. They can see things that adults will never see. 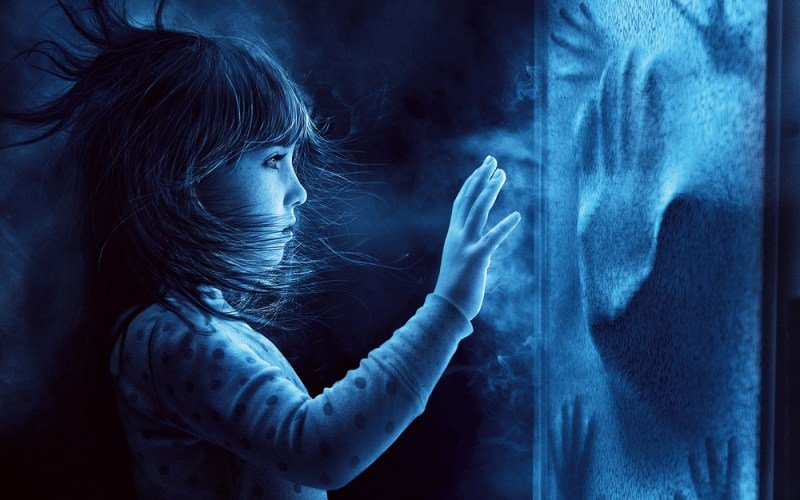 Even such bold hypotheses are expressed that little children feel and see entities from the afterlife or other worlds. Of course, this theory has problems with the evidence base. In addition to various not entirely convincing experiments with an electromagnetic field, there are no real and convincing arguments in favor of this version.

One interesting experiment was carried out in 2005. The researchers selected twenty children aged 3 to 5 years. They were taken to a kindergarten abandoned several decades ago, where a terrible fire broke out at one time, which claimed the lives of 33 kids and two adults.

After a group walk for half an hour around the building, the subjects were returned to the classroom, where pencils were distributed and they were given the task to draw what they saw.

18 out of 20 children, in addition to scary walls and furniture, depicted small dark silhouettes. When asked if the images were children themselves, the kids answered that they saw translucent children who looked out from behind corners, furniture and quickly hid.

This experiment cannot be considered one hundred percent proof of the theory that children are able to sense the presence of ghosts or ghosts, but, there is something in it.

A comprehensive study of the structure of the human brain in the early stages of life shows that it develops gradually, and at some points in life (from 0 to 5-6 years) the perception of the outside world is very different from that which occurs in later periods of growing up. By the way, this version is confirmed not only by neurophysiologists, but also by zoologists.

It turns out that animals are also able to perceive the world as children. For example, after the death of their owner, dogs and cats feel his presence nearby for up to six months. We are not talking about the fact that they see ghosts, most likely there is an empathic connection. Although one cannot definitely reject the assumption that domesticated animals see otherworldly entities.

An interesting experiment was conducted in France in 2009. Three wild foxes and three domestic dogs were taken. They were taken to the hospital intensive care unit, where, almost daily, someone dies.

Theoretically, this is where the accumulation of dark entities can be. Wild animals behaved surprisingly calmly and reacted to moving people, acoustic factors, maybe even felt fear. Pets, however, whined, tried to hide in a corner, covered their eyes with their paws in the literal sense of the word.

The researchers attributed this behavior to the fact that wild animals act only with physical manifestations of reality, while pets raised in captivity, especially not in the first generation, were very sensitive to the presence of other, ephemeral entities.

Are ghouls real? That depends. Current science can’t prove that there are spirits walking through walls or screaming below floorboards. Our spooky sightings, however, have certainly felt real. Humans have been spotting specters for as long as we’ve been around, and to some degree we can explain why.

“Kids are more susceptible to ghost sightings because they have a much greater sense of awareness than most adults,” explained Intuitive Healer Dr. Kim Peirano, DACM, Lac. “This leaves them subject to picking up on energies and events that go unnoticed by most. We tend to have a belief that because our kids can’t always communicate [their thoughts], that they are unaware or unconscious of what’s going on around them. This is anything but the case.”

The Strange Story of The Ghostly Duelists