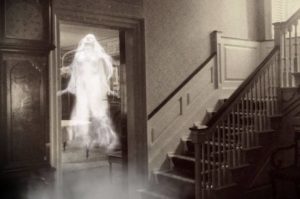 In the early years of the 20th century Seattle, Washington was facing a skyrocketing death rate and body’s were seemingly everywhere. Flu, mining accidents, and murder were responsible for the deaths, which one man saw as a great opportunity to make a lot of money.

Mr. E.R. Butterworth was a furniture maker by trade and was often called on to build caskets for the dead. Seeing the huge potential for profit Butterworth decided to open E.R. Butterworth and Sons in 1903, Seattle’s first full service mortuary.

Business was booming for the new mortuary and would only get better when the city began to offer $50.00 to anyone who brought in a corpse. It was of course the law that all body’s had to be autopsied and a cause of death determined, but all of that was very time-consuming and Butterworth didn’t mind a few shortcuts.

When someone delivered a body to the mortuary the city would pay $50.00. Of that money $25.00 would go to Butterworth, he never ask any questions and often quickly went to work, disposing of the body’s without autopsies, in his crematorium. Butterworth also had a cohort in his activities, Dr. Linda Hazzard. Hazzard prescribed bizarre cures for her patients including starving people to kill what ailed them.

Many of her patients died and were promptly disposed of at Butterworth and Sons. Dr. Hazzard and Butterworth would then split the money from the city. Dr. Hazard even prescribed her starvation cure for 2 of Butterworth’s sisters, one of them died and was immediately processed by her brother. Dr. Hazzard was eventually prosecuted for her activities and sent to prison.

The mortuary was closed and eventually sold. The old building would become what is now Kells Irish restaurant and Pub located at 1916 Post Alley. During demolition for remodeling a worker took a picture of the progress that had been made and caught something strange on film. It is said to show a white-faced man with black eyes and what appears to be a stitched mouth.

Reports of paranormal activity seems to occur most in the month of November. The two most common events are moving bar glasses, sometimes when no one is near them and at other times right in front of people. Also reported are hand prints, muddy hand prints on the pub windows, both inside and out.