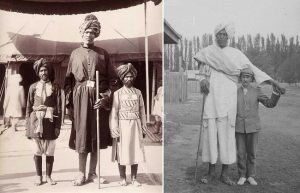 In 1903, an event called the Delhi Durbar was held in Delhi, India, a massive celebratory event in honor of the coronation of the British monarch Edward VII.

It was assumed that the king himself would be present, but for some reason he refused to come and it was decided to make the event even brighter and more magnificent in order to compensate for the absence of the hero of the occasion.

Preparations for the celebration had been in preparation for almost two years, and the ceremony began on December 29, 1902. 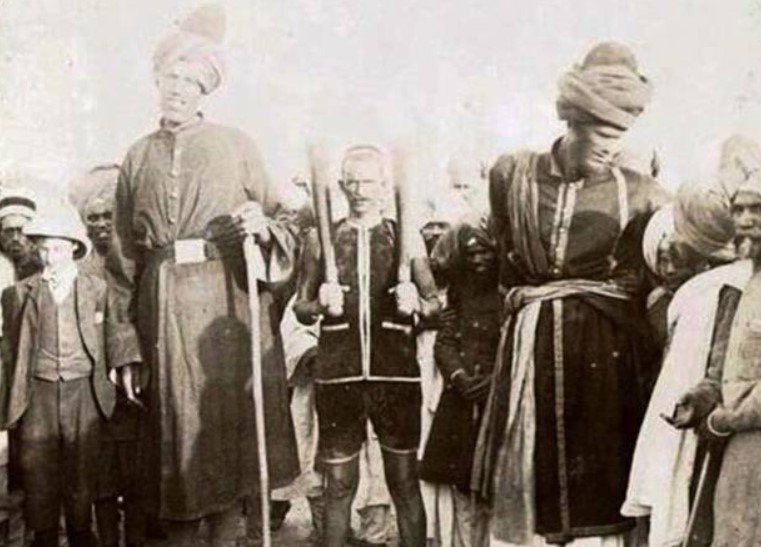 First, brightly dressed elephants walked through the streets of Delhi, which were enthusiastically watched by both ordinary citizens and numerous Indian rulers from different places and their crown princes.

On January 1, 1903, numerous pavilions were opened on a large plain near the outskirts of Delhi, designed to emphasize the glory of the British monarchy and the vast British Empire.

Among other things, a collection of precious stones was exhibited there, which could rarely be seen in one place. According to one of the eyewitnesses, the British Lord Curzon, Indian princes and their fathers were fascinated by the sight of these jewels.

Curzon himself arrived at the pavilions with them, sitting on an elephant, whose tusks were decorated with gold lining. But it was not the jewels and magnificent elephants that turned out to be the most impressive sight in this place, but two huge guards who completely “stole” all the attention of the audience. 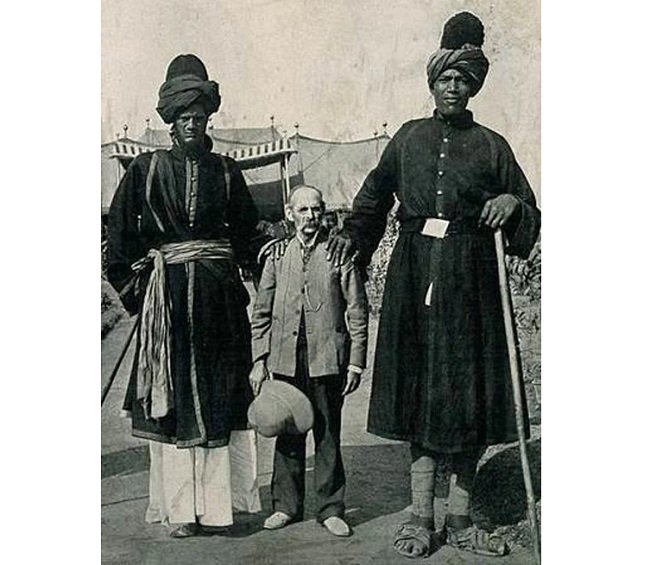 It was said that the Maharaja of Jammu and Kashmir brought these two giants with him to Durbar. Many, when looking at them, boldly called them “the tallest of all living people on earth.”

One of the Kashmiri giants was 2.36 (8 ft) meters tall, the other 2.23 (7.7 ft) meters. According to sources, they were twin brothers. High hats were specially worn on their heads, which created the illusion of an even greater height of the giants.

These brothers were elite marksmen who dedicated their lives to the service of their Maharajah. It was reported that they were from a place called Balmokand, but this place says nothing to modern historians and geographers, no one has yet figured out where it was. 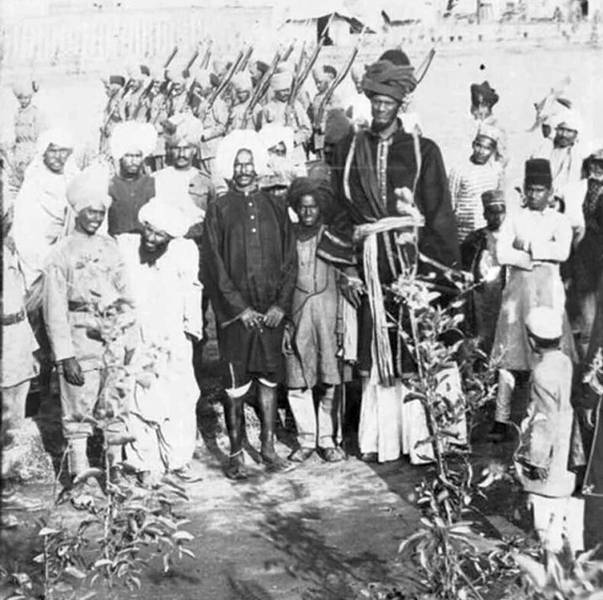 The brothers arrived at Durbar armed with spears, maces and even hand grenades. They seemed to be ready for any situation to protect their Maharaja at any cost.

Each of them had a personal elephant and accompanied the Maharaja wherever he went. The international journalists and photographers who gathered for the Durbar were also fascinated by these giants and wrote many enthusiastic articles about them. These giants made the ruler of Kashmir famous all over the world.

There were many photos of these brothers, but the most famous was the picture in which the American traveler and photographer James Rickalton was photographed between the giants.

His head is at a level below the chest of his brothers. After the Durbar, Rickalton and fellow photographer George Rose traveled to Kashmir, where they took more pictures of the giants. 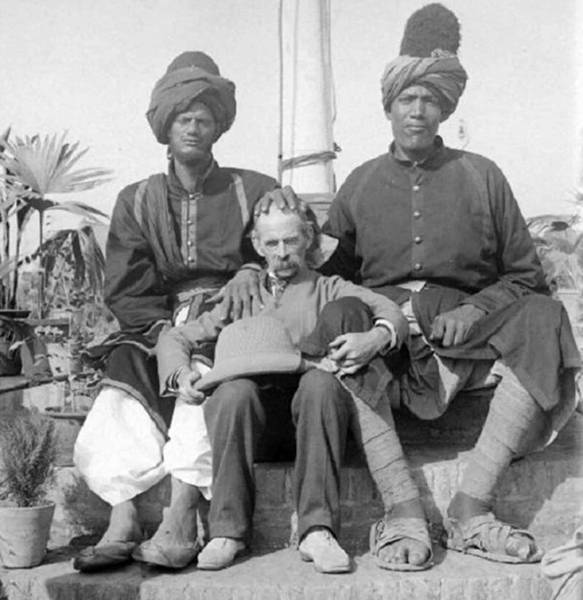 What happened to the giant brothers later is unknown. Among other things, it remained unknown what disease caused such a large growth, whether they had health problems, at what age they died and whether they had children.