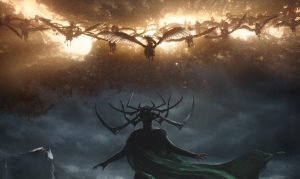 Nearly every faith includes some belief that our spirit continues to exist after death. Some cultures, such as the ancient Japanese, believed that death was not the end of life but rather a passage into another form.

They felt that after the soul left the body at death, it entered into a new existence as a spirit entity or supernatural being.

The ancient Japanese referred to the spirit of someone who had passed into the next realm as a kami. The word “kami” originated from the Japanese word meaning “divine” and is defined as the spirit of the deceased which continues to live in the community and among family members.

Just as in life where people behave in a positive or negative manner, kami can also be perceived as “good” or “bad.” People who were loving and kind returned as kami who were helpers and protectors, while people who behaved in a troublesome manner in life returned as annoying, difficult and even dangerous kami.

People who had been leaders and heroes in life became more powerful spirit entities than those who had been ordinary citizens. A few, such as kings or rulers, returned as god-like entities.

Though the word kami is translated multiple ways into English, no English word expresses its full meaning. The ambiguity of the meaning of kami is necessary, as it conveys the ambiguous nature of kami themselves. Gender is also not implied in the word kami, and as such, it can be used to refer to either male or female.

While both good and bad fortune was believed to be the work of kami, they typically only made their presence known in the form of actions and deeds. Kamis were not seen or heard except by those who had a special ability to communicate with them.

Today, we refer to such people as mediums. In the ancient Japanese culture, mediums were used to request assistance from a “good” kami or asked to intervene and stop harmful behavior of a benevolent kami. A medium would also communicate with a kami to help bring good health to one who was ailing or to eliminate any illnesses or misfortune which was plaguing a family or village.

The belief in kami became the basis for Shinto, the native religion of Japan. According to Shinto, kami were sacred spirits which existed as gods and goddesses, family members and natural beings such as trees or animals. Followers of Shinto welcomed visits by kami.

To encourage a kami to interact with the living, each family’s home had a shrine dedicated to their ancestors. Throughout Japan’s countryside there were, (and in may places still are,) shrines built to recognize important kamis, such as gods and deities. People regularly gathered at these shrines to meditate and connect with the spirits of departed loved ones.

Some elements of Shinto, specifically the belief that our spirit continues to exist even after death, spread to other cultures and religions throughout the world and eventually helped to form the belief system we now refer to as Spiritualism.