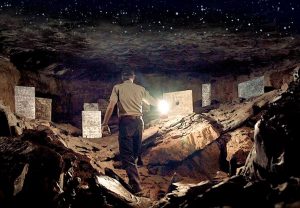 Argentine entrepreneur, ethnologist and collector of mysterious facts Janusz Juan Moritz was born in Hungary but spent most of his life in South America.

In 1965, in a deserted area, he discovered an extensive system of underground communications of unthinkable antiquity, and four years later made this discovery public, under oath informing the President of Ecuador about it.

According to an original researcher, this gigantic branching of underground roads and tunnels stretched for thousands of kilometers, passing, in addition to Argentina, also under the territory of Peru and Ecuador.

The walls of the mysterious tunnels were smooth and polished, and the ceilings were flat and even, as if covered with glaze. Pathways led to vast underground halls.

In one of the galleries, Moritz allegedly found twenty-kilogram books made of thin metal sheets measuring 96×48 centimeters. In scientific circles, these plates are called plaquettes.

The most amazing thing is that mysterious signs were stamped or engraved on each such page. Juan Moritz and fellow researchers such as Stanley Hall, Petronio Jaramillo and the world famous Erich von Däniken tend to suggest that this is the library of a vanished ancient civilization.

According to other versions, the historical prophecies of the Incas or the knowledge of aliens who once flew to Earth are recorded in unusual metal books. In the center of the library, there are objects resembling a table and chairs around it, but the material from which they are made is not known to anyone.

It is not stone, wood or metal, but rather something similar to ceramics or modern composite materials.

Such composites, which are especially resistant to high temperatures and have great strength, are used, for example, in aviation and astronautics. But could someone make their analogues many thousands of years ago?

In addition, Juan Moritz discovered many animal figurines made of gold in the dungeons. Elephants, crocodiles, monkeys, bison, jaguars were presented in this kind of “zoo”.

All of them stood along the walls of the halls and passages. Many interesting drawings were found on the floors of the tunnels. One of them depicts a man hovering over the planet.

It turns out that long before the current era of astronautics, people knew about the spherical shape of the Earth. Another floor figure has a rectangular body and a round head. This strange creature stands on a globe-ball and holds the Moon and the Sun in its “hands”.

A figure was also found, which is called a “clown” or “pilot”. On his head is a helmet with headphones, on his hands are gloves. His spacesuit-like suit has a ring and wires attached to it.

Among the amazing finds of Juan Moritz, there is something very similar to a model of the Concorde supersonic passenger liner made of gold. One such figurine was sent to the museum of the Colombian capital of Bogota, and the other remained underground. Aviation experts who have studied the museum exhibit are inclined to believe that this is indeed a model of an aircraft. Its geometrically correct wings and high vertical keel are striking. Birds do not have this.

The unusual figurine of the aircraft is made of pure gold, which is also very mysterious. Indeed, pure gold does not occur in nature as such. Native gold is a natural solid solution of silver with a mass fraction of up to 43% in gold and contains impurities of copper, iron and other metals.

Pure gold is now obtained with the help of special processing at modern enterprises and equipment. How was such technology known to the representatives of the ancient civilization?

Another drawing engraved on the floor of the tunnel depicts a mysterious fossil lizard. But dinosaurs lived on our planet 65 million or more years ago. The drawing itself is dated to approximately IV – IX millennium BC. e. And the tunnels themselves are a bit of a mystery.

Even in our time, there are no such unique underground construction technologies. Who, then, was able to melt ideally even tunnels with polished walls in the granite strata, intertwining in the likeness of a giant underground metropolis?

No wonder researchers are sometimes inclined to say that this is the fruit of extraterrestrial alien technology. 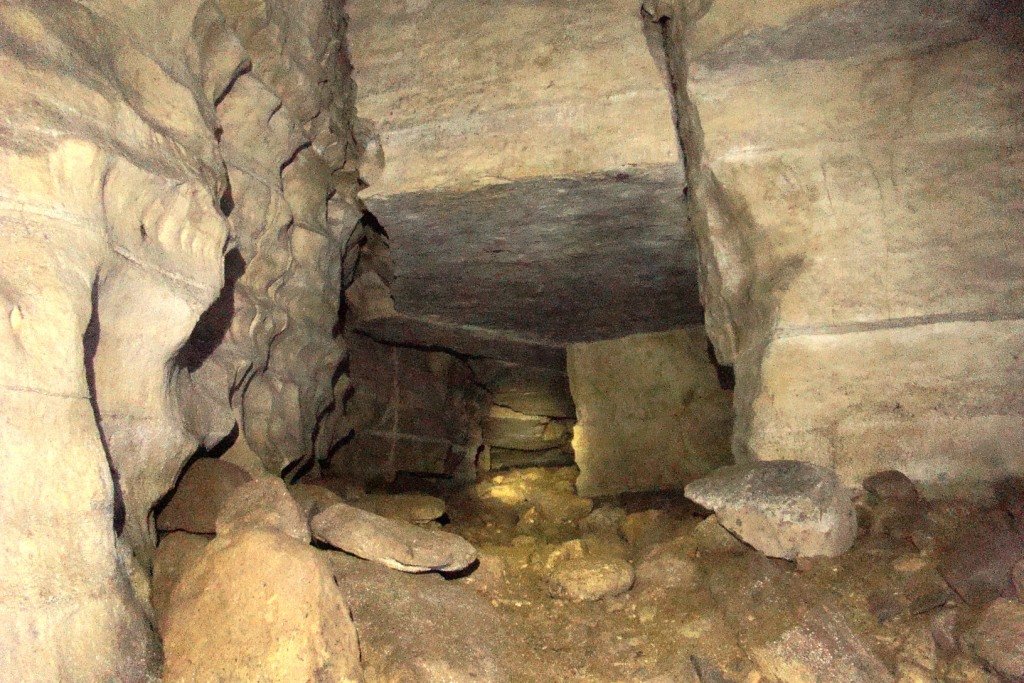 How Moritz and von Daniken quarreled

I must say that Juan Moritz was a great original. He quite seriously believed that the Hungarian roots lie at the basis of virtually every civilization, and, having talked somewhere in the wilderness with the Indians, he came to the conclusion that they quite tolerably understand entire phrases in the Hungarian language.

As for communication with the President of Ecuador, it gave him carte blanche for complete control over the discovery – Moritz could invite an independent researcher and demonstrate photographic evidence confirming the discovery of a network of underground communications.

In 1972, Juan Moritz met with Erich von Däniken and introduced him to the mystery by showing him the entrance to the cave labyrinths, which allegedly led to a large underground hall. Apparently, von Daniken did not see the legendary metal library, but only the tunnels leading to it.

The eminent Swiss researcher shared his impressions on the pages of the bestseller “Gold of the Gods”: “Undoubtedly, this is not about natural formations: underground corridors turn strictly at right angles, they are sometimes wide, sometimes narrow, but the walls are everywhere smooth, as if polished. The ceilings are perfectly flat and seem to be varnished.

But one of the potentially most sensational discoveries of the 20th century soon died out. Indeed, in an interview with the German publications Stern and Der Spiegel, Janusz Juan Moritz suddenly began to deny that he had ever been in the caves with Erich von Daniken.

This undermined the confidence in the Swiss, who was suspected of simply fabricating his incredible facts proving the presence of gods on our planet – ancient astronauts. Although it was easy to understand: if von Daniken really deliberately lied, then he would not have left any coordinates for connecting readers with Juan Moritz. 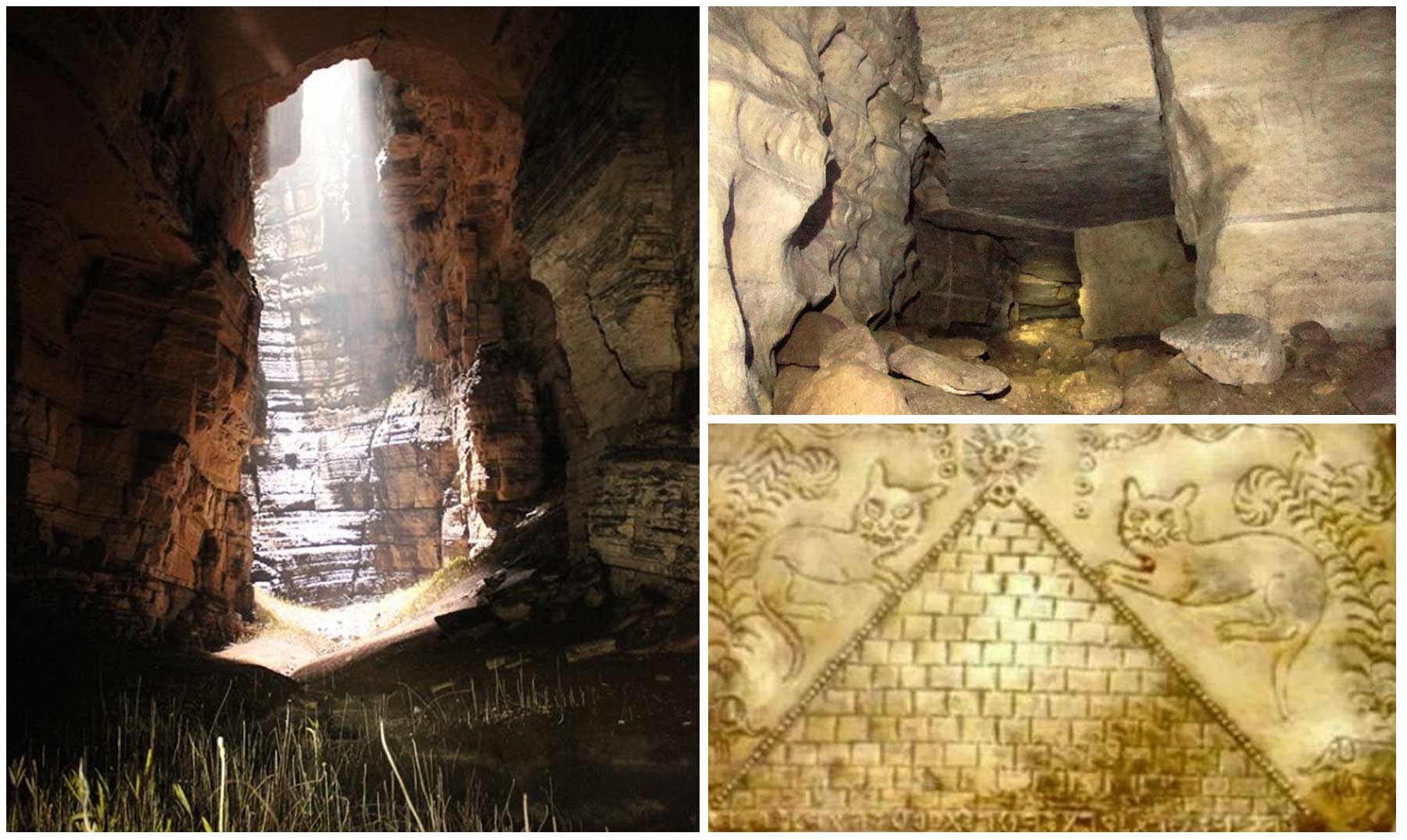 The famous natural mountain cave of Guajaro is located near the coastal town of Cumana. It is fraught with many secrets and mysteries, unsolved to this day. it is not possible to get into its secret chambers.

Guajaro Cave was discovered at the beginning of the nineteenth century by the famous German scientist and explorer Alexander von Humboldt, who entered the cave along with guides – a local resident.

Subject to primitive fear, the Indians refused to accompany Humboldt deep into the unusual cave, but the scientist was able to overcome a decent distance on his own and discover very unusual inhabitants in the cave – guajaro nocturnal birds.

Despite a bad relationship with Erich von Däniken, the book by the proponent of the paleovisit theory brought new supporters to Juan Moritz’s side. One of them was the American Stanley Hall.

Moritz and Hall decided to organize an expedition to the Cueva de los Teyos area, where the entrance to the dungeons with the metal library is allegedly located. They only needed to find a person with a big name to formally lead the expedition.

For the role of such, they chose the American astronaut Neil Armstrong, who, like Hall, was of Scottish origin. The astronaut replied that he was more than willing to join the mission.

In those years, a military junta ruled in Ecuador, and the expedition became a joint venture between the Ecuadorian and British army, which was supported by a group of geologists, botanists and other specialists. 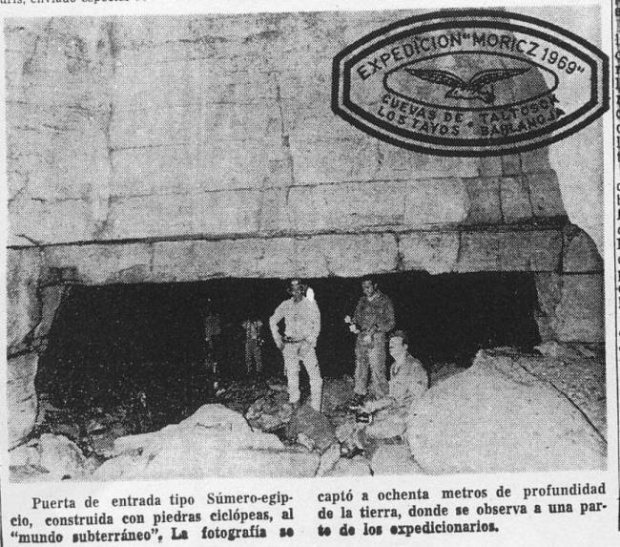 It is curious that for some time enthusiasts hoped to attract Prince Charles, who had recently received a degree in archeology, to lead the expedition, but the Scottish factor in choosing a chief ultimately turned out to be decisive.

One of the brightest events of the expedition was that on August 3, 1976, Neil Armstrong really stepped into the ancient tunnel system, having a chance to enter the history of mankind once again. No trace of the metal library, alas, was ever found. But scientists have cataloged 400 new varieties of plants and found a burial room with a burial dated 1500 BC.

Janusz Juan Moritz died in 1991. He always kept something back about the mysterious dungeons. Therefore, like-minded people continued the search, trying in their own way to contribute to them.

Count Pino Turolla, for example, believes that the metal library is absolute proof of the prophecies of Edgar Cayce. Stanley Hall tried for many years to find out the exact coordinates of the entrance to the caves with the library from Petronio Jaramillo, but he died in 1998, taking the secret with him.

However, the new Indiana Jones of our time – Stan Grist – believes that the true entrance to the coveted cave is hidden under water and hopes to organize his expedition equipped with the latest technology in the Cueva de los Teios area.

Ksar of Draa – Mysterious Ancient Fortress in the middle of Desert