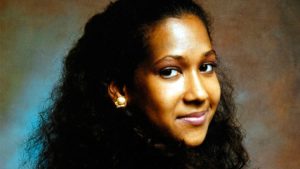 Joyce Carol Vincent (15 October 1965 – c. December 2003) was a British woman whose death went unnoticed for more than two years as her corpse lay undiscovered in her London bedsit.

Prior to her death, Vincent had cut off nearly all contact with those who knew her. She resigned from her job in 2001, and moved into a shelter for victims of domestic abuse. Around the same time, she began to reduce contact with friends and family.

She died in her bedsit around December 2003 with neither family, friends, co-workers, nor neighbours taking notice. Her remains were discovered on 25 January 2006, with the cause of death believed to be either an asthma attack or complications from a recent peptic ulcer.

Her death was the topic of Dreams of a Life, a 2011 drama-documentary film. The film and Vincent’s life inspired the album Hand. Cannot. Erase. by musician Steven Wilson.

Joyce Vincent was born in Hammersmith on 19 October 1965 and raised near Fulham Palace Road. Her parents had immigrated to London from Grenada; her father Lawrence was a carpenter of African descent and her mother Lyris was of Indian descent.

Following an operation, her mother died when Vincent was eleven, and her four older sisters took responsibility for her upbringing. She had a strained relationship with her emotionally distant father, whom she claimed had died in 2001 (he lived until 2004). She attended Melcombe Primary School and Fulham Gilliatt School for Girls, and left school aged sixteen with no qualifications.

In 1985, Vincent began working as a secretary at OCL in the City of London. She then worked at C.Itoh and Law Debenture before joining Ernst & Young. She worked in the treasury department of Ernst & Young for four years, but resigned in March 2001 for unknown reasons.Shortly afterwards, Vincent spent some time in a domestic abuse shelter in Haringey and worked as a cleaner in a budget hotel.

During this period, she became estranged from her family. A source involved in the investigation said: “She detached herself from her family but there was no bust up. They are a really nice family. We understand she was in a relationship and there was a history of domestic violence.” It has been speculated that she was ashamed to be a victim of domestic abuse or did not want to be traced by her abuser.

As a victim of domestic violence, Vincent was moved into her bedsit flat above Wood Green Shopping City in February 2003. The flat was owned by the Metropolitan Housing Trust and was used to house victims of abuse.In November 2003, after vomiting blood, she was hospitalised for two days due to a peptic ulcer.

Vincent died of unknown causes around December 2003. She was an asthma sufferer, and an asthma attack, or complications surrounding her recent peptic ulcer, have been suggested as a possible cause of death.Her remains were described as “mostly skeletal” according to the pathologist, and she was lying on her back, next to a shopping bag, surrounded by Christmas presents she had wrapped but never delivered.It is not known to whom the presents were addressed, and the police report regarding the case has been disposed of.

Neighbours had assumed the flat was unoccupied, and the odour of decomposing body tissue was attributed to nearby waste bins. The flat’s windows did not allow direct sight into the accommodation. Drug addicts frequented the area, which may explain why no one questioned the constant noise from the television. 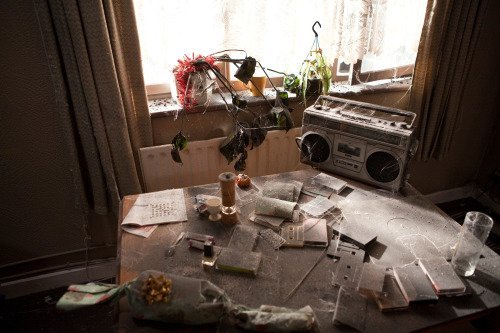 Half of her rent was being automatically paid to Metropolitan Housing Trust by benefits agencies, leading officials to believe that she was still alive. However, over two years, £2,400 in unpaid rent accrued, and housing officials decided to repossess the property.Her corpse was discovered on 25 January 2006 when the bailiffs broke in. The television and heating were still running due to her bills being continually paid for by automatic debit payments and debt forgiveness.

Vincent’s body was too badly decomposed to conduct a full post-mortem, and she had to be identified from dental records. Police ruled death by natural causes as there was nothing to suggest foul play: the front door was double locked and there was no sign of a break-in. At the time of her death she had a fiancé, but the police were unable to trace him. Her sisters had hired a private detective to look for her and contacted the Salvation Army, but these attempts proved unsuccessful.The detective found the house where Vincent was living, and the family wrote letters to her. But as she was already dead by this time, they received no response, and the family assumed that she had deliberately broken ties with them.

“…her friends noted her as someone who fled at signs of trouble, who walked out of jobs if she clashed with a colleague, and who moved from one flat to the next all over London. She didn’t answer the phone to her sister and didn’t appear to have her own circle of friends, instead relying on the company of relative strangers who came with the package of a new boyfriend, a colleague, or flatmate.”