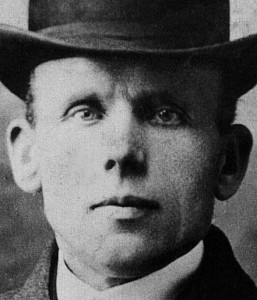 When somebody was actually sentenced for execution in the not too distant past, being left to hang from a rope until dead was always the most popular method. It provided an easy to observe spectacle without being blatantly gruesome or cruel since the victim would generally be required to wear a type of cloth bag over their heads to keep the spectators from watching the terrified faces made in the man or woman’s last moments.

However, even though this aspect of the event was denied to onlookers, they could still get an entertaining kick from watching a supposed bad guy either have his neck broken from the initial drop or be strangled to death. It comes as a shock then that one man made this very common execution method almost impossible.

One of the most infamous execution stories of all times that still causes shock, awe, and several question marks even 100 years later is that of John “Babbacombe” Lee. The story of why he was convicted surrounds a suspicious and very brutal murder.

Miss Emma Anne Whitehead Keyse lived alone in “The Glen” which was near the small hamlet of Babbacombe in Devon with two home servants (Jane and Eliza Neck), a cook (Elizabeth Harris), and the cook’s half brother—John Henry George Lee. On November 15, 1884, Emma Keyse was found savagely murdered. Her throat had been slit, she had three additional wounds to her head, and it seemed that the murderer had also tried to burn the body.

John Lee’s history contributed to him being considered as a suspect. After leaving school, he was a servant at “The Glen” before he joined the navy in 1879. He was later deemed to be an invalid candidate and was forced out of the service. This led him to Torquay where he worked as a footman for a while until his employer accused him of stealing.

Lee was convicted of the crime and sent to prison for a short while as was sentenced by the court. In 1884, John Lee was released from prison and returned to work at “The Glen” since other employers looked down on his time in prison and especially his reason for being there. Since Lee was the only male in the house at the time of the murder, he was automatically the initial suspect for the crime.

He also had a cut on his arm that he could not sufficiently explain. While this collection of evidence is completely circumstantial in the eyes of modern society, it was enough to send John Lee to trial for murder and then convict him for it at the time. Lee publicly declared to the judge of his trial and all witnesses that he was innocent of the crime and never admitted to anyone that it might have been him.

John Lee continued to profusely state his innocence and even loudly announced that God knew of his innocence which would inspire the Lord to save him. A divine intervention during the hanging does seem to be a reasonable possibility. Lee was sentenced to be hung by the neck until dead on the 23th of February in 1885 at Exeter Prison. James Berry was appointed to be the executioner. 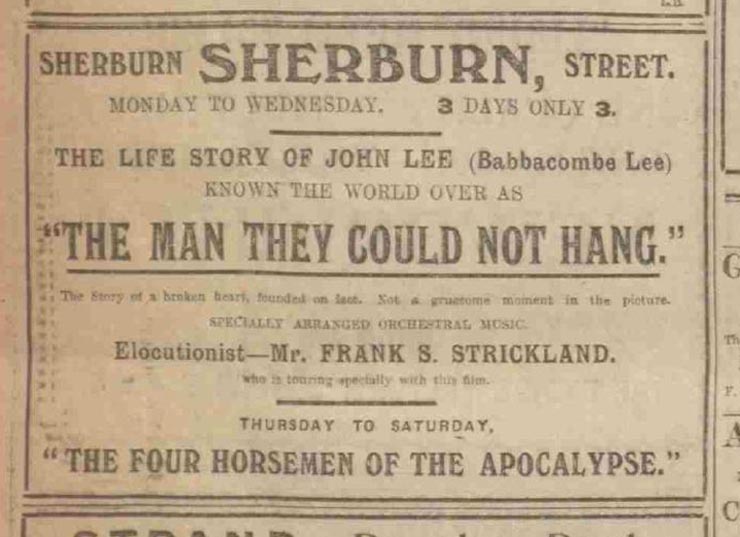 Before the actual hanging, Berry tested the trap door on the scaffold multiple times to make sure it was functioning. He verified it opened successfully each time he tried it before John Lee was brought to the platform. Three times the executioner attempted to make the trap door drop in order to hang Lee. Berry failed three times at forcing the door to drop. This rather odd happening created a postponement of the hanging which was almost as rare as the scaffold trap door not working even though it had been thoroughly tested before the execution.

After the Hanging Event Issues

Once the third drop had failed yet again, the execution was officially postponed. Sir William Harcourt who was the Home Secretary at the time of Lee’s trial and hanging decided to change the original sentence to life in prison rather than go through with another execution.

Harcourt said his reasoning behind this choice was that “it would shock the feeling of anyone if a man had twice to pay the pangs of imminent death,” which basically translates to the fact Harcourt felt that the horror of almost dying several times was enough to alter the course of the punishment to imprisonment instead of actual death through another execution ploy again.

However, after twenty-two years of service behind bars, John Lee was officially released from prison. Once he was a free man again, rumors started to pop up everywhere about what happened to him next in 1907. Many people believe that Lee ran away to another country to begin a new life abroad as an anonymous stranger. Other individuals who have looked into Lee’s life after he was released from prison claim that he moved to London where he lived to survive the blitz bombings to escape imminent death yet again, making it the second time he should have been killed but was not.

While Lee spending time in a foreign nation is certainly a possibility, the idea that he ended his days on Earth in south west England at a workhouse could also be an accepted theory since a death certificate was discovered in that area around an acceptable time that Lee would have died. The certificate itself specifically states the man’s name as John Lee and says that was a journeyman and painter who died of myocardial degeneration—which is muscular degeneration of the heart itself.

An unmarked grave near the former workhouse is supposedly all the real evidence that remains of John Babbacombe Lee. His unmarked grave has been long forgotten and lost, but his story of escaping an execution by hanging multiple times by mere chance, luck, fate, or the divine hand of God lives on to this very day as a mystery that will probably never be officially solved or have all the loose ends tied up.