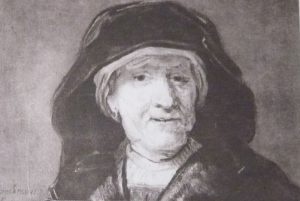 Joan Wytte, known as the “fighting fairy woman of Bodmin town” was born in 1775 in Bodmin, Cornwall.

She was known locally as a clairvoyant, and people would seek her services as a seer, diviner and healer. Her healing practices included the use of clooties, strips of cloth taken from a sick person and tied to a tree or a holy well as a form of sympathetic magic, such that when the cloth rots, the disease was believed to dissipate.

In her late twenties, she became very ill-tempered as a result of a tooth abscess, the pain making her aggressive and impatient and she would often shout at her clients.

She also frequently got into fights where it is said she exhibited remarkable strength, thus earning her the nickname of the “fighting fairy woman”. Locals believed she had become possessed by the devil.

She was imprisoned in Bodmin Jail, not for witchcraft but for public brawling and for causing grievous bodily harm and due to poor conditions in the jail, died of bronchial pneumonia at the age of 38.

Her bones were subsequently disinterred at a later date and used for seances and various other practices, and eventually ended up many years later at a doctor’s surgery, before finally ending up at the Witchcraft museum in Boscastle, Cornwall, where her skeleton was hung from a wall on display.

It is said that, while her skeleton was on display in the museum, they started to experience disruptive poltergeists, and that her coffin lid would be found shut in the morning when it had been left open the night before. 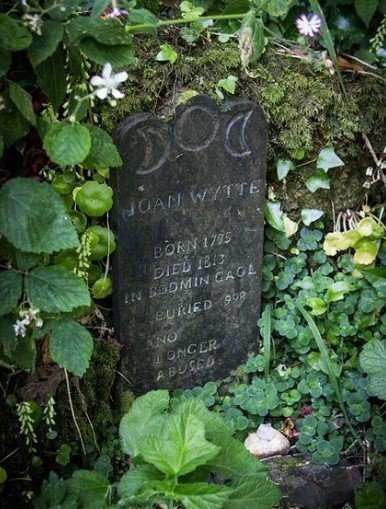 People would also say they had been dreaming of her after visiting the museum. An expert was bought in and they advised that Wytte’s spirit wished to be laid to rest in a proper burial.

She was finally laid to rest in a peaceful wooded area in Boscastle in 1999, and her gravestone inscription reads as “Joan Wytte. Born 1775. Died 1813 in Bodmin Jail. Buried 1998. No longer abused”.

Ruth Ellis – The Last Woman To Be Hanged In Britain