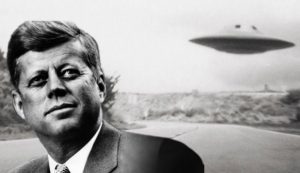 In JFK (film directed by Oliver Stone), the audience is able to hear the story of Jim Garrison, a former New Orleans district attorney, and his team in investigating who killed US President John F. Kennedy.

Garrison and his team of investigators allege that Lee Harvey Oswald was part of a conspiracy involving Clay Shaw, a New Orleans businessperson and allegedly known as Clay Bertrand in some circles, and David Ferrie, a private pilot.

In the beginning, Garrison finds out that there are deep connections between the assassination and New Orleans. With their investigation not found credible by the government, they let it go. However, things are opened up again after Garrison reads the Warren Report, finding many inaccuracies within the text.

Not only did Garrison go about investigating many different witnesses, including Willie O’Keefe, a male prostitute spending five years in prison on a solicitation charge in the film. Keefe is especially notable since he said he witnessed Ferrie talking about a coup d’etat against Kennedy.

He also said he was romantically linked to Bertrand, who was said to be Shaw. Adding more doubt to the Warren Commission was Jean Hill, a teacher who alleges she witnessed shots being fired from the grassy knoll area. She further alleged that the Secret Service threatened her into stating there were only three shots coming from the book depository.

Hill said there were changes made to her Warren Commission testimony too. The staff of Garrison also tested out their single bullet theory that was promoted by the Commission. They used an empty rifle from the window, where Oswald allegedly shot Kennedy.

They believe that Oswald was not as strong a marksman to have made these shots, which indicates multiple shooters or someone else was responsible for killing Kennedy. As 1968 rolled around, Garrison met with someone pretty important.

Garrison spoke with a high-level person in Washington, D.C., who, in the film, went by the name: “X.” In real life, his name was L. Fletcher Prouty, a former chief of special operations for the Joint Chiefs of Staff under Kennedy and a former US Air Force colonel.

He did not have an opti clip. He said that Kennedy’s assassination was the result of a conspiracy between the mafia, the military-industrial complex, the CIA, the FBI, the Secret Service, and Lyndon B. Johnson, Kennedy’s vice president.

In the film, X told Garrison that Kennedy was murdered because he wanted to end the Vietnam War and the CIA while, in reality, Prouty espoused it was to prevent him from taking control of the CIA after Bay of Pigs Invasion.

While Garrison did bring a trial against Shaw, who was later shown in multiple documents to be a member of the CIA or associated with them, the former was not successful in convincing the jury that the latter was guilty.

Around this time, the film alleges that Ferrie revealed to Garrison there was a conspiracy and that people were after him. Ferrie later dies and other key witnesses are scared, as the media launches attacks on Garrison’s character. While much of this is fascinating, the question remains: what was the alien connection with the assassination?

Certainly, it causes one to pause and think: was this assassination even more high level than once thought? The motivation for the aliens could be to control our foreign policy and the ways things happen in our world.

It may have benefited them to continue the Vietnam War if they knew Kennedy was going to end it. Additionally, they might have wanted to see things culturally change in the world, as a result of Kennedy’s death. However, it can be just as possible the aliens were even more in on it than first thought.

Were Oswald and those involved aliens themselves? Kennedy could have been a threat to the greater universe as a whole with the whole space race going on at the time. He might have been aware of life on other planets and the aliens could have come as Oswald and others to stop Kennedy.

This would mean that Kennedy had some secret knowledge of life outside in the universe beyond earth. It’s fascinating to think that Kennedy had contact with life on other planets. Oswald has a strange background in having been able to live in the Soviet Union in 1959 and being able to return back in June 1962.

At the height of the Cold War, it’s almost as if this was a fabricated story created by the aliens. Why would the government allow a communist to settle back in the US after he defected originally?

It sounds more possible he was an alien and this story was created by the alien planet that was responsible for this. At the end of it all, they probably wanted to manipulate the affairs of state within our world and control what happened.

It may make it possible for a potential invasion that they had planned or still have planned in the future. The aliens could have advanced knowledge of time itself and where our civilization is headed.

If this is true, it’s possible their technology includes advanced innovations that could control our world and time itself. Their weaponry might make the militaries of the world fearful of how they may be intimidated.

It’d be scary if they had been planning something for a while. This idea was explored in Steven Spielberg and Tom Cruise’s War of the Worlds. It was discussed often throughout the film how the aliens had planned this particular invasion. Diplomacy can be possible with some alien invaders but, if their motives are sinister, there’s no chance of diplomacy. We will meet our end.

While cinema has shown us what can happen, it’s possible things could be worse than the way they are forecasted to be. If we are the last of humankind, we must be ready for the future might be potentially dim.