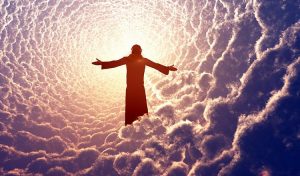 Anomalien.com reader Teresa Robbins shares her story about an encounter with the unexplainable.

As I look back, I now realize that on July 28, 1981, I had a “Near Death Experience.” I went into the hospital on June 22nd and gave birth to a premature baby that weighed 1lb. 12ozs. When she was one month old, I again entered a hospital, to have an ovary removed due to infection and intense pain. I was only supposed to be in the hospital for three days.

My condition continued to worsen and on July 27th, I threw a blood clot to my right lung. It was discovered that my doctor had not put me on any antibiotic therapy. He had also left a bleeder and my whole abdominal cavity was filled with clots.

I was transported to another hospital that was more equipped to handle my problems. The doctor told me I had less than a 50/50 chance of survival.

My husband had abandoned me for someone else, when I was three months pregnant. I had another child at home who was only three years old. Shortly after arriving in the ICU, I slipped into a deep coma.

The next thing I knew I was inside a tunnel. It was a long tunnel with the brightest white light I had ever seen. I was amazed that the light did not hurt my eyes. I could feel music playing, but I heard no sound.

Just as I was about to walk further into this tunnel, I saw a silhouetted figure round the corner and enter from the other end of the tunnel. I knew immediately that it was Jesus. I just knew it, like someone had opened my head and put that knowledge inside.

I was afraid to speak…but I did not have to say a word. He said in a very quiet and calm way, “You’re not thinking right.” The minute He said this, I realized that I had been thinking, that I didn’t want to live.

I also remembered thinking, ‘Wow, after all the movies I’ve seen, I expected Him to have this big booming voice.’ I said, “What do You mean?” He just repeated His statement.

I was tired at this point and I became irritated. I just wanted an answer…did not feel like reflecting on His statement. But somehow I knew He would just keep repeating the same thing.

I also knew He was full of kindness, love and infinite patience. He was not in any hurry. He would stick around as long as it took. 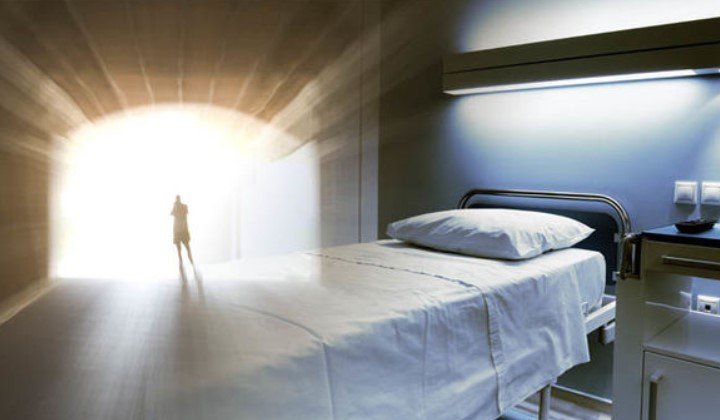 So, I said to myself…”OK…what have you been comtemplating, Teresa?” I realized that everything I had been thinking was negative. I said with some aggravation, “I get it…You want me to think positive.”

I tried to consider all the positive things I could think of and all the things I had been hearing both at church and at the Al-Anon (my recovery program) meetings I had been attending. These were the words that came to me…”Be grateful.”

I started listing all the things I was grateful for especially that my new baby had survived. I knew He had given that baby to me by special request. He expected me to stick around and care for her.

I knew He was affording me a free will to make the decision and that I would go or come back after I decided. After a few moments, I announced my decision to Him.

I was immediately propelled out of the tunnel and back through the darkness at warp speed to the ICU where the doctors were just getting ready to transport me into the operating room for two more surgeries.

My heart stopped twice while I was on the operating table. I woke up to see, a disbelieving doctor, sitting at the foot of my bed, shaking his head. I could not talk because I was on a respirator but I knew the doctor was trying to figure out why I was still alive.

I left the hospital one-month later, with special knowledge I had not previously had. I take no credit because it is God given knowledge.

The aftermath was knowledge of what happens when you die. I have used that knowledge as a nurse many times, to help terminally ill patients in their dying process.

I visited my beloved grandmother on her deathbed. She was in restraints and terrified. I closed her eyes because I knew that she was so close to death that she could only use one sense at a time.

I told her who I was, and she let me know that she knew me. I shared with her that she was the most truly “Christian” person that I had ever met. That she would travel through a dark scary place but not to be afraid. I told her when she reached the light, that Jesus would be waiting to take her home.

I removed her restraints and reassured her I would stay until she was able to fall asleep. She died peacefully in her sleep early the next morning without ever awakening. She was 96 years old.

I feel my “Near Death Experience” was a spiritual event and I am grateful for that experience. It changed forever, what is important in my life. I have never been as depressed or suicidal again. I became a more confident and assertive person. It was proof of God’s existence and a life after death for me.

The soul does not die, but returns to the Universe, scientists say

Encounters with Unseen Worlds: A Personal Journey of Discovery