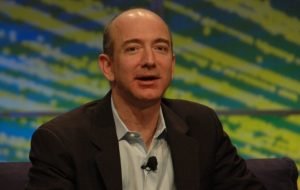 Amazon billionaire Jeff Bezos has invested $3 billion in Alto Labs, a startup that will seek immortality.

The project looks very solid – its members include Nobel Prize winner in medicine Shinya Yamanaka and Jennifer Doudna, who received the Nobel Prize for gene editing tool, reports to The Conservation.

Scientists plan to establish the process of reprogramming cells, that is, returning them to a stem state.

At the same time, journalists doubt that scientists will be able to reveal the secret of immortality. However, they are confident that the research team will make outstanding discoveries.

Earlier, the well-known Russian anthropologist and popularizer of science Stanislav Drobyshevsky said that, taking into account the achievements of modern medicine and science, humanity is able to achieve immortality.

According to Drobyshevsky, this became possible with the development of transplantology and genetic engineering.

At the same time, the expert emphasized that the prospect of immortality is not the most rosy for a person as a species, since after the victory over death, a person will stop evolving and developing.

Zombie Apocalypse is near? A disease that turns deer into zombies can start infecting people